Cars.com presented a Super Bowl commercial this year in which a guy had a snake-like growth coming out of his back. It had a head that looked just like his own and it loved to sing its responses:

The guy told the salesman that it was his newfound confidence, which had sprung forth after using Cars.com.

This is horse hockey-pucks as Colonel Potter would say.

The guy was one of two things - either he was a mutant, fused to his twin brother in much the same way as a ventriloquist named Ingles had such a deformed sibling which he disguised as "The Ventriloquist Dummy" in the act. (As seen in 'Tales From The Crypt') 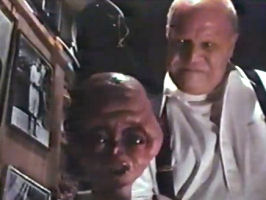 Or, this guy was an alien, probably from the same species as Scrad & Charlie from the second "Men In Black" movie. As that franchise only has a tentative connection to the Toobworld Dynamic, we can't make that claim official... yet. But he could be allied with the aliens who control Hulu.com. 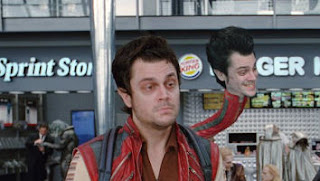