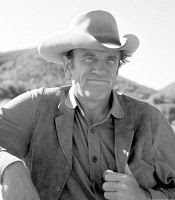 It was an unspoken fact in 'Gunsmoke' that Katherine Russell, AKA Miss Kitty, wasn't just running a saloon; she was running a brothel. And it was usually inferred that she and Marshall Matt Dillon had a VERY close relationship.

And yet, the family line of Matt Dillon was carried on by his daughter Beth, whom he fathered with Mike Yardner. This wasn't brought up in the regular TV series, not exactly. In a two-part episode in 1973 ("Matt's Love Story"), Marshall Dillon suffered amnesia after a head wound in Arizona. He was tended to by a woman named "Mike" Yardner, and they fell in love - only to part once he regained his memory and returned to Dodge City. 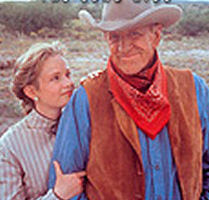 In the second 'Gunsmoke' TV movie in the 1990's, "The Last Apache", Matt discovered that Mike had given birth to a daughter Beth. Beth would take the name Dillon once she met her father (as seen in the third TV movie "To The Last Man", but in the next two films, "The Long Ride" and "One Man's Justice", she was married to Josh Reardon and bore his name. 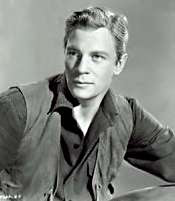 In the last two days, since hearing of the death of Peter Graves, the idea came to me of adding one of his characters into the family tree of Matt Dillon. For those who don't know (and several of my Facebook friends were surprised by this), Mr. Graves and James Arness, who played Dillon, are brothers in real life. So one could say that there could be common DNA between characters that they played.

I'm thinking that horse rancher Jim Newton, the character played by Peter Graves in the kids' show 'Fury', was descended from Josh and Beth Reardon. His wife and son were killed in an auto accident by a drunk driver and he later raised a young boy named Joey at the Broken Wheel Ranch. (I'm not sure where the ranch is actually located out West, but it's near Capitol City - which is where the Martin Family, including Timmy and 'Lassie' lived.)

Just a theory, can't be proven nor disproved, but that goes for most of the theories here at Toobworld Central......

Behind the scenes in the real world, both shows debuted in 1955 - not that it should influence the connection.

And if you took the bloodline far enough, it could be that you might be able to add Noah Cooper into the family. He was a character played by Peter Graves in an episode of 'Buck Rogers In The 25th Century'!