AS SEEN ON TV: DANIEL BOONE

Remembering Fess Parker, who passed away at the age of 85..... 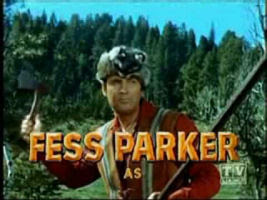 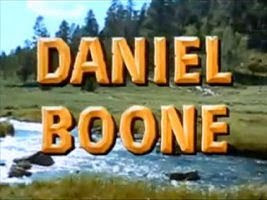 AS SEEN IN:
'Daniel Boone'

AS PLAYED BY:
Fess Parker

From Wikipedia:
Daniel Boone (October 22, 1734 – September 26, 1820) was an American pioneer and hunter whose frontier exploits made him one of the first folk heroes of the United States. Boone is most famous for his exploration and settlement of what is now the U.S. state of Kentucky, which was then beyond the western borders of the Thirteen Colonies. Despite resistance from American Indians, for whom Kentucky was a traditional hunting ground, in 1778 Boone blazed the Wilderness Road through the Cumberland Gap and into Kentucky. There he founded Boonesborough, one of the first English-speaking settlements beyond the Appalachian Mountains. Before the end of the 18th century, more than 200,000 people entered Kentucky by following the route marked by Boone. 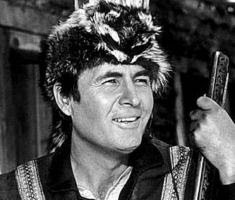