AS SEEN ON TV: DAVY CROCKETT AT THE ALAMO

In memory of Fess Parker.... 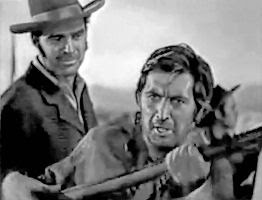 AS SEEN IN:
'Disneyland'

AS PLAYED BY:
Fess Parker

From Wikipedia:
David Crockett (August 17, 1786 – March 6, 1836) was a celebrated 19th-century American folk hero, frontiersman, soldier and politician; referred to in popular culture as Davy Crockett and often by the epithet “King of the Wild Frontier.” He represented Tennessee in the U.S. House of Representatives, served in the Texas Revolution, and died at the Battle of the Alamo.

The siege ended on March 6, when the Mexican army attacked just before dawn while the defenders were sleeping. The daily bombardment by artillery had been suspended, perhaps a ploy to encourage the natural human reaction to a cessation of constant strain. But, the garrison awakened, the final fight began.

Meanwhile, most of the noncombatants gathered in the church sacristy for safety. According to Susana Dickinson, before running to his post, Crockett paused briefly in the chapel to pray. When the Mexican soldiers breached the north outer walls of the Alamo complex, most of the Texians fell back to the barracks and the chapel, as previously planned. Crockett and his men were too far from the barracks to be able to take shelter. and were the last remaining group within the mission to be in the open. The men defended the low wall in front of the church, using their rifles as clubs and relying on knives, as action became too furious to allow reloading their weapons. After a volley of fire and a charge with bayonets, Mexican soldiers pushed the few remaining Texians back toward the church. 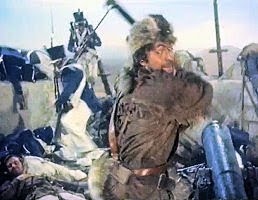 The Battle of the Alamo lasted almost 90 minutes.