AS SEEN ON TV: CASEY JONES

On this date in 1863, the legendary railroad engineer Casey Jones was born. 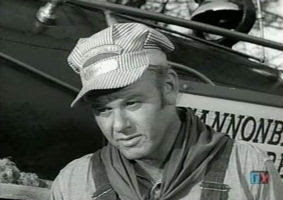 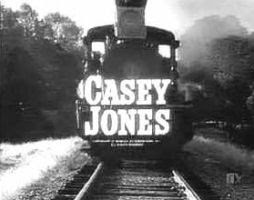 AS SEEN IN:
'Casey Jones' 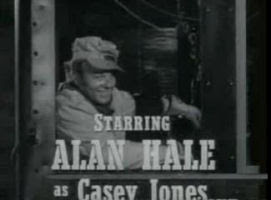 AS PLAYED BY:
Alan Hale, Jr. 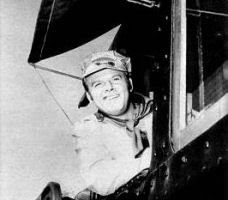 From Wikipedia:
John Luther "Casey" Jones (March 14, 1863 – April 30, 1900) was an American railroad engineer from Jackson, Tennessee who worked for the Illinois Central Railroad (IC). On April 30, 1900, he alone was killed when his passenger train collided with a stalled freight train at Vaughan, Mississippi on a foggy and rainy night. His dramatic death trying to stop his train and save lives made him a folk hero who became immortalized in a popular ballad sung by his friend Wallace Saunders, an African American engine wiper for the IC. Due to the enduring popularity of this song, his life and legend have been celebrated for over a century. 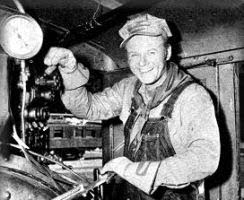 There's a Tennessee museum dedicated to the man and myth.
So long for now we'll be seeing you when
Casey comes rollin' by again
With a steamin' boiler and a smokin' stack
And the wheel striking thunder of the railroad tracks 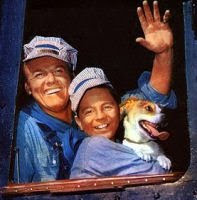 There'll be Casey Jr. and Old Red Rock, too
Fireman Wally and the rest of the crew
In a thrilling adventure that's a lot of fun
When Casey takes the throttle for another run
I've used a lot more pictures than I usually do for an "As Seen On TV" profile, but I couldn't resist that big dopey grin on Alan Hale...... 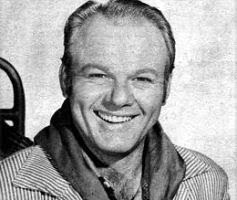 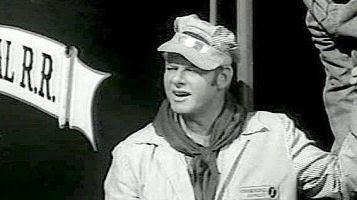