"Every year I look for the nastiest, hatefulest, meanest man to represent.
And this year, you're it."
Ben Matlock
'Matlock'
[Talking to his client, Tom McCabe, played by Pat Hingle]
Passing away at the age of 84, Pat Hingle is the first major entry in the 2009 Hat Squad. Hingle 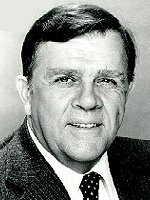 was in the business for over fifty years, but it may have seemed like it was longer. This would be due to the fact he had the looks, like Jack Kruschen and Harold Gould, to play older than he really was.

Like Spencer Tracy and Henry Fonda before him, Pat Hingle had a talent that was deceptive; it was dependable and felt natural, and he made it look easy, to the point where you might not even think he was acting.

There was a role that never came about; as far as Toobworld was concerned, it existed, but it was never shown on-camera, and Hingle was my choice to play it.

When we were introduced to Dr. Leslie Arzt in the first season of 'Lost', I was under the mistaken impression that his character might be sticking around for a lot longer than he turned out to be. (That idea certainly blew up in my face!) And since everybody on that show got a flashback episode sooner or later, usually dealing with Daddy issues, I thought Pat Hingle would have been the right choice for playing Arzt, Senior.

Although he did appear in an episode of 'The Andy Griffith Show' and in one of 'Matlock' as other characters, I always thought that if Andy Taylor (or Ben Matlock for that matter) had a brother, Pat Hingle was the perfect choice for the role. Just sayin', is all...... 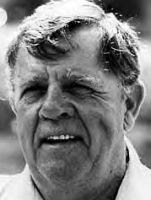 Putting aside his movie roles (which strangely enough I can't think of one that I ever saw without consulting the list at IMDb.com), Hingle left behind a strong body of work in TV: tele-folks both good and bad, and a few historical figures (like Admiral Bull Halsey of 'War And Remembrance' and PJ Kennedy of "The Kennedys of Massachusetts"). But there are two in particular I'll be taking a closer look at. Those posts will be coming along soon.

So I tip my TV Nation cap to you, Pat Hingle. Toobworld was made richer by your presence, and is poorer now that you've left.

I remember Hingle from the Batman movies, but that's as far as I can get as far as his movies. On the other hand, his many guest shots on TV stand out in my mind: M*A*S*H, The Andy Griffith Show, Bonanza, Wings... And, of course, I remember when he filled in as Dr. Chapman on Gunsmoke when Milburn Stone ("Doc") was out because of illness.

A bit of trivia. Pat Hingle was considered for the role of Artemus Gordon on The Wild Wild West. I have to wonder how different the role would have been if Hingle had played him instead of Ross Martin.

"Batman"! I should have remembered "Batman", if only because - sadly - most obituaries I saw online seemed to use that as their hook, as if his illustrious career didn't qualify without his role of Commissioner Gordon.

I never heard that about Pat Hingle as Artemus Gordon.... Wouldn't that have been interesting? But I'm afraid not as interesting as Ross Martin made of it. I just can't see Hingle losing himself in those wonderful disguises.

Dr. John Chapman will be one of the characters I'll be writing about (the other is Horace Ford) as further exploration of his TV career. With Chapman, it'll be one of the "Born To Rerun" reincarnation articles which I sometimes do.

Thanks for checking in, Merc!