Needed to take a day off due to personal crises as well as the launch of this year's inductees into the TV Crossover Hall of Fame.

But here we are. Another day, another batch of Toobits.

With the fourth segment of the 2008 Toobits Awards, we continue our tribute to some of the new personnel of Toobworld. As I mentioned yesterday, you may not think some of these were the greatest of performances, and I might even agree with you on a few. However, it's more important about what they can bring to the dynamic of Toobworld.... 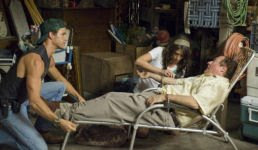 Stephen Root can do no wrong anyway, and Eddie was no exception. It was almost as if his character from "Office Space" had been embraced by the Kindred - it would have made him less pathetic, but not by much. There was just something that spoke to me in his "fanger", but not something I'd want to dwell on....
Male, Comedy
Harry Braunstein
'Z Rock' 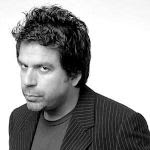 The fact that Greg Giraldo was also a welcome presence in Lewis Black's 'The Root Of All Evil' helped seal the deal for Harry. But at the same time he was such a welcome yet verbally abusive addition to the Tele-Folks Directory.
Female, Drama
Jenny
'Doctor Who' 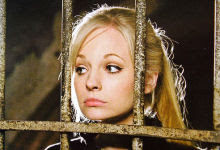 Ah, the lovely, aforementioned Georgia Moffett as "The Doctor's Daughter"! I'm sure we'll be seeing her again, especially since Steven Moffat requested that her character survive the episode. Blessed with the ability to regenerate without losing her original form, we could posit that certain guest star roles which she might play in the future could also be Jenny under an alias. (Although I'm not sure where she might find a time machine....) 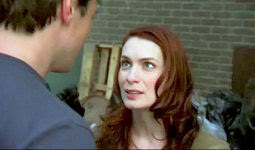 Sweet, lovely and so sad. Perhaps in some future incarnation of the Sing-Along Blog, Dr. Horrible might invent a time machine and go back to save her, even if it does mean screwing up the time-space continuum.
BEST HISTORICAL CHARACTER
The 'John Adams' cast 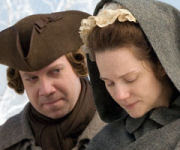 Although I wasn't too pleased at first with the casting of Giamatti as Adams, based mainly on him looking nothing like the Founding Father, he still pulled off the suspension of disbelief. Laura Linney as Abigail had it easier and is skilled enough to have succeeded no matter what.

But how could I just choose them over all the others in the cast, from Tom Wilkinson and Zeljko Ivanek (who almost got the nod for Best Villain) right down to the actors in minor roles like John O'Creagh. (Okay, I admit it - John's a friend of mine and this is my birthday gift to him today!)

They were all excellent and must be acknowledged as a whole.
BEST HISTORICAL CHARACTER REVISION
Nikola Tesla
'Sanctuary' 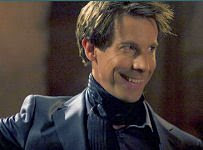 It was certainly an interesting take on the scientist: practically immortal, vampiric, and best of all because of his accomplishments, he had powers based on bio-electrical energy. And there was just this attitude that put me in mind of the legendary movie villain Waldo Lydecker of "Laura".

It's almost a shame that the show had to be banished to the Evil Mirror Dimension because of its takes on Jack the Ripper and Dr. Watson/Sherlock Holmes. Because this Tesla - who apparently will be in the season finale, based on the preview - could have made for an exciting crossover villain in shows like 'Supernatural' and 'Torchwood'. 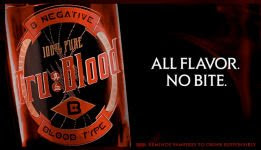 Sure, the dialects were all over the map, but I could really accept that they all lived together in Bon Temps, Louisiana.
Mini-Series:
'Generation Kill' 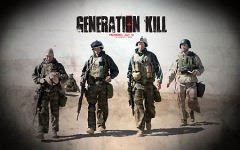 They blended together so well, sometimes I had a hard time figuring out exactly whose storyline I was following. 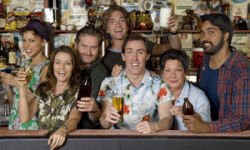 I bought into the whole dynamic of 'Gav and Stace', accepting that these people could all be related to each other; well-cast on that! As for 'Supernova', with each episode it was just so much fun to go back and hang out in the Outback with these Bruces and Sheilas.

A little something for everyone on the team, and now with an interesting adversary in Jim Sherman, Nate's former rival as insurance investigators. 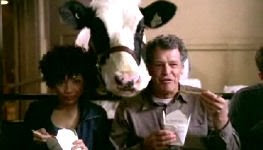 She even has a great line delivery, punctuating certain conversations with a pitch-perfect "Moo"! 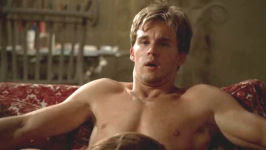 Nuff Said. And it looks like he's set himself on a road to salvation that will keep him stumbling along stupidly as well.

Considering there's only one other regular in the cast anyway, I wasn't sure I should award this to Donna, along with her win for "Best Character Return". But considering how much resistance there was to her return to the TARDIS by the fan base (and I will admit, I was one of them), to not only completely win them over but to also have many declare her as the greatest Companion of all is a testament to the abilities of Catherine Tate as the actress and to RTD for shepherding the role through the various scripts.
Still more to come!

Labels: As Seen On TV, Born To Rerun, Game of the Name, Life During Prime-Time, Online TV, Tele-Folks Directory, Toobit Awards, Who's On TV

Shouldn't Dr. Horrible's Penny be considered a supporting regular role and not a guest role?