Today, with the third segment of the 2008 Toobits Awards, we honor some of the new personnel of Toobworld. (Tomorrow we'll have more!) You may not think some of these were the greatest of performances, and I might even agree with you on a few. However, it's more important about what they can bring to the dynamic of Toobworld.
WARNING! The following post does contain some spoilers for certain series, especially late-season series like 'True Blood' and the 'Doctor Who' Christmas special. If you don't want to have these ruined for you, be gone with you before somebody drops Greg House on you!
Having said that, let's begin......
CHARACTER MOST DESERVING TO BECOME A REGULAR
Henry Foss
'Sanctuary' 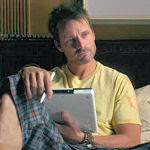 Ryan Robbins was only listed as a guest star throughout the series, but he's a vital member of the team, made even more so with the revelation that he's a lycanthrope, a werewolf. Since the back-story of 'True Blood' includes werewolves, we could make a legitimate, if still theoretical crossover between both shows - if only they shared the same TV dimension. (Based on the first part of the 'Sanctuary' season finale, I've got to let it go and send it off to the Evil Mirror Dimension with my blessing. Hrmm... they wouldn't like blessings, would they?)
BEST LEAGUE OF THEMSELVES APPEARANCE
John Popper - 'Z Rock'
Joan Rivers - 'Z Rock'

If I had "Best Comedic Villain" as a category, I think there's no question John Popper would win. He may never be considered a good actor, but you could tell he was having fun playing himself as a total sleazebag pig. And Joan Rivers upped her ante for consideration for membership in the TV Crossover Hall Of Fame, especially because her televersioin is now considered to be Dina's aunt. Toobworld Central LOVES when fictional characters are related to real people! (Megan and Tim Russert, Vera and Art Carney as examples)

Plus, she was on top of her game at her bitchy best - I can't think of anybody else who wouldn't mind being known for giving David Lee Roth blow jobs!
BEST LEAGUE OF THEMSELVES APPEARANCE IN A COMMERCIAL
Michael Bay, Verizon FIOS
Brooke Shields - Volkswagen 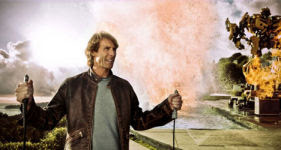 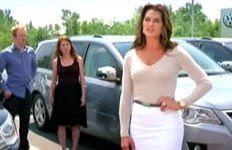 The action director spoofed his own image as a blow-em-up-real-good guy, and Brooke showed her dark side as she ridiculed pregnant women for the reason they wanted to own a piece of German engineering. She also supplied the best line of dialogue from all the commercials shown this year: "Please.... Don't be like Becky."
BEST NEW COMMERCIAL CHARACTER
The Southern-Norfolk Railroad gas cans

This is what Toobworld is all about - living, walking gas cans! Inanimate objects that come alive are a staple in blipverts; but even without CGI-added faces or cutesy voices, these gas cans had what the Tin Man was lacking - heart.
BEST CHARACTER RETURN
Donna Noble
'Doctor Who' 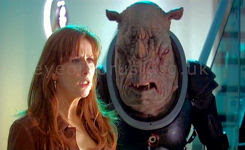 I will freely admit that I had major doubts about the return of Donna Noble's character to the series, and on a regular basis at that! Not after "The Christmas Invasion", even if there had been growth in her character by the end of that episode. But with Catherine Tate's talent and excellent scripts to showcase her further develoopment, Donna became one of the greatest of the Companions and the one with the most powerful story arc. (And that's Donna on the left, wiseguy!)
BEST INTRODUCTION OF A REGULAR CHARACTER
Detective Kevin Bernard
'Law & Order' 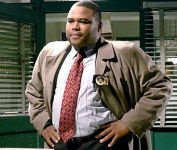 As with the departure of Detective Ed Green in the same episode ("Burn Card"), Bernard's first appearance was low-key and didn't trumpet the fact that Anthony Anderson would be coming on board as Detective Lupo's new partner. If you hadn't been reading the press releases, you might have accepted him as a one-off guest star, as he was from a different department and specifically introduced just for that case.
BEST NEW VILLAIN
Male:
Nate Haskill
'CSI' 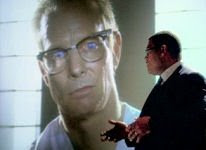 Never once while I was watching Bill Irwin's chilling "DJK" serial killer in the episode "19 Down" did I once think about Mr. Noodle of 'Sesame Street' or any number of other characters that he's played. He truly embodied this creepy monster and owned his scenes - and that was even after being twice removed from the viewer by being seen on a video screen.
Female:
Miss Mercy Hartigan
'Doctor Who' - "The Next Doctor" 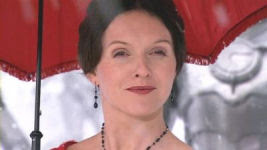 American viewers! Don't read this if you don't want to be spoiled about the 2008 Christmas special!
You can always count on 'Doctor Who' to supply the best in villainy, and the wimminfolk have always been splendid purveyors of bitchery. Best of all with Miss Hartigan, there's no real indication that she's dead; she can always return somehow from the Void - She's smart enough to figure out how! - and bedevil the new incarnation of the Doctor someday!

MOST VALUABLE PLAYER
Male:
Sam Merlotte
'True Blood'
Don't read this if you're not caught up on the first season of 'True Blood'! 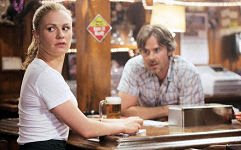 Shape-shifters have long been a part of Toobworld culture, but for the most part they've been aliens or magical creatures. Sam may be the first human shape-shifter, and if not, he's the one who will give their species the most visibility in the TV Universe. 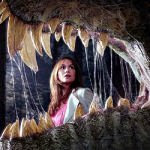 Once the Toobworld timeline was tweaked by Nick Cutter's trip into the past at the end of Season One, the life of Claudia Brown was erased. But instead of being erased completely, she was still around - in almost the exact same circumstances (as a PR spokesperson) - but with a new name, Jenny Lewis.

This is great for Toobworld splainins as to why certain actors show up on the same show more than once. At least, it gives a splainin for one extra character only. After that, we'd have to go back to the "identical cousin" well again.

Tomorrow we'll wrap up the look at this year's winners in the Tele-Folks Directory. And then it's on to various crossover best in shows.....