Until the humans aboard the Axion actually showed up, this could have been considered a live-action movie; the CGI was that good. And the ending didn't close the door on future adventures for Wall-E and Eve; and since Disney is good for exploiting its product with TV spin-offs, a series may be possible... although I think a movie sequel may get priority. 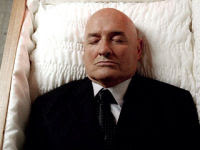 The Island disappeared, Desmond and Penny were reunited, and the secret was revealed as to who was in the box..... Case closed. Nothing left to discuss.

I know a lot of people are going to argue that this honor should go to 'The Shield'. Bleep them, as Vic Mackey might say. First off, I'm one who wanted Mackey dead, preferably shanked in prison by some skel he busted from an earlier season, brought back in a glorified cameo. And even though I did like the ending - with Mackey trapped in a bureaucratic hell (at least for the next three years... if he doesn't eat his gun) with no hope of ever finding his family again - I didn't get the feeling that it had any major impact on Toobworld. We're all about Toobworld here, remember.

But with 'Life On Mars', it not only spawned a sequel ('Ashes To Ashes'), but an American remake as well. And we were able to make the case that they could be connected, using 'Ashes To Ashes' as precedent. (Read Sam Tyler's file, fall into a coma, relive his experiences.)

Aside from the Toobworld implications, seeing Sam up on the roof, with Israel "Iz" Kaʻanoʻi Kamakawiwoʻole's ukelele rendition of "Somewhere Over The Rainbow" playing, I can't watch it and not be moved to tears. It's a series like 'Life On Mars' that makes me so angry when people call television just "furniture".

The reason why? Because it ended. This series had potential, looked fairly reasonable to produce (price-wise), and enriched the Toobworld timeline so much.

Being a mini-series, and being presented on HBO where they could show warts (or rather, pustules) and all, we were able to get the most detailed retelling of our own near-mythological history. 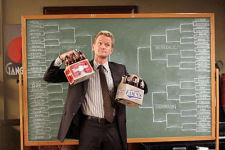 Barney had to go back over his romantic history in order to figure out who had been sabotaging his attempts at conquest. We learned about not only a slew of strange ladies he bedded, but also had the greatest hits of those who actually appeared on past episodes.

I had another favorite, one not as intense in its trip down memory lane:

'Psych' - "Shawn (and Gus) Of The Dead'
This episode made references back to episodes "9 Lives" and "Sixty Five Million Years Off". 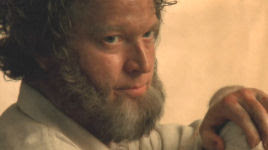 Best of the bunch, from a personal perspective, was the episode set during the Civil War when he worked with Walt Whitman in a surgical tent. (That's because Whitman was played by my upstairs neighbor.) 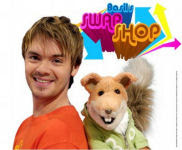 What was basically a reality-based program entered Toobworld surrealism when one of Great Britain's best-known puppets appeared on an episode. It can be comparable to when Kermit the Frog appeared on 'The Wheel of Fortune' - not exactly a venue where you would expect to see a member of Toobworld's puppet population.

Apparently it was a big success, because later this month Basil will be hosting his own 'Swap Shop' in which children can swap their unwanted toys for something else with other kids.
BEST SEQUEL
Imported:
'Ashes To Ashes' from 'Life On Mars'

Deceptively, it looks like a retread of the original series - swap out the main character and replace him with a woman, but bring back all the same characters to deal with. But I think the show's creators may be going for something a little more; if not deeper, than at least in a different direction. We'll see when season two kicks off.
Domestic:

I won't lie to you. I'm not watching this. I didn't watch the original, for that matter. But it's nice to see that a Toobworld location is recognized as being still in existence, even if we don't see all of the originals students who went there.
BEST REMAKE
'Life On Mars'

I was so prepared to hate this show, even if it had been the original version planned by David E. Kelley. I probably would have hated that version anyway. But aside from one major misfire, this 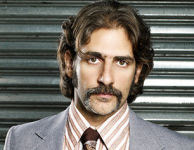 adaptation has not only honored its source material and not betrayed it, but it has provided its own compelling mysteries.

The misfire? Casting Harvey Keitel as Gene Hunt. The role required somebody like Gene Hackman in his Popeye Doyle prime; Keitel just comes across as a cranky old man. (That character type didn't play in the election, and it ain't playing here.) But at least Michael Imperioli has brought an improvement over the original series with his take on Ray Carling. (Sorry, Dean Andrews.)
WORST SEQUEL
'Knight Rider'

I was accepting of it, if not actually watching it (well, one or two episodes for research purposes), until the powers that be at NBC decided to screw with it some more during the winter hiatus. In trying to get back to the type of show its forebear once was, 'Knight Rider' has now jettisoned the only aspects of it that made it bearable - especially Bruce Davison's character. If you want 'Knight Rider' to be like the original series, why ditch the one character most similar to the original Devon Miles?

Network suits. Say it with me, folks: They should be nibbled to death by ducks!

At any rate, how could they have made this show any stupider than the scene shown above. The temperature inside KITT was rising to the point where they were about to be boiled alive... and she continues to wear a metal necklace!!!!
WORST SPIN-OFF
'Dance Wars' from 'Dancing With The Stars'

After such a promising pilot episode, this show quickly fell into a rut. Variations on the same themes, villains, methods of dispatchment. (Looks like I made up a word, according to spell-check!) But then it came back from the writers' strike, and they were somehow revitalized and the show began to explore lots of other topics. I think it all started with the episode "Leon", but from there it introduced us to a demon rebellion, the dangers of love with a succubus, and more mystery involving Sam's parentage.

But all through it, no matter what, Ray Wise as the Devil was aces! 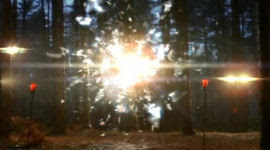 Because of the major reworking of the Toobworld timeline between the first and second season, 'Primeval' gave us the perfect opportunity to claim that certain shows in the past are now different and more in keeping with the established TV universe. We also have a new splainin for why two different characters in one show might look the same, without resorting to the identical cousin excuse.

Don't get me wrong, I love this show. (As you'll see in tomorrow's Toobits.) However, the introduction of the drink Tru-Blood will cause future problems in keeping Toobworld cohesive when it comes to vampires. For instance, how come Mick St. John of last year's 'Moonlight' wasn't drinking Tru-Blood if it's been around for at least two years? If vampires are now living openly in society, how come people will probably act as though vampires should be a myth in future TV shows? These are the types of problems that will give me agita and prevent me from sleeping during the day.....

We have one more round of Toobits Awards to go!