AS SEEN ON TV: CAGE TYLER 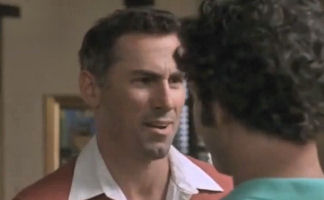 AS SEEN IN:
'Further Tales Of The City'

From Wikipedia:
Cage Tyler, the movie star with whom Michael has a brief fling, is based on Rock Hudson, who was a friend and lover of Maupin's. In the novel, the character was not named, but was represented by underscores (e.g. ____ ____) wherever his name would have appeared. 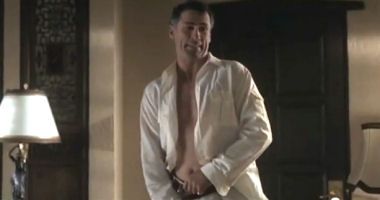 From the San Francisco Chronicle:
In a scene shot later in the day, Mary Ann sends Michael off to an all-male Hollywood party hosted by Cage Tyler, a famous closeted actor whom Michael has met through a mutual friend.

"If I'm not back in three days, send in the (Royal) Canadian Mounted Police," Michael shouts to her.

"Just what you need: more men," Mary Ann teases him.

Watching this exchange, Maupin, co-writer on the miniseries (with James Lecesne), admits to getting "an eerie deja vu feeling." In the '70s, he attended parties given by Rock Hudson, on whom Cage is affectionately based. His name reflects the studly monikers, such as Rock, Tab and Troy, that Hollywood used to give actors. Michael — who as followers of "Tales" know is Maupin's alter ego — is destined to have a fling with Cage, much as Maupin says he had with Hudson. "It was just sex. It was playtime."

A FAILURE IN BED
His first time with Cage, Michael is a complete failure in bed. "This grew directly out of my own experience," Maupin says. "I was so thoroughly intimidated by being with Rock Hudson.

A gaffer (sic) rigged lights and diffusers for scenes to be shot on Macondray Lane, which author Armistead Maupin called Barbary Lane in "Tales of the City."

"Rock was so generous. He basically said, 'It's OK. It happens all the time.' Then he went downstairs, got a plate of lasagna for me and brought it back to bed." All of this makes it onto the show. 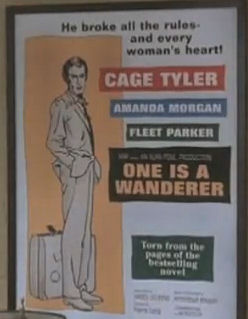 This character was chosen to mark World AIDS Day..... 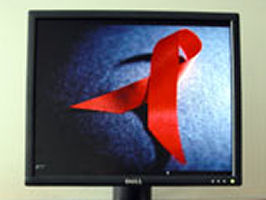