AS SEEN ON TV: HERMAN BOCKWEISS

Eventually I'll get around to putting the spotlight on 'Perry Mason' before the year is over. But in the meantime, here's a different Burr during this winter "brrr!" time...... 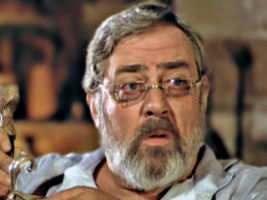 Pasquinel managed to return to St. Louis, then part of the Spanish Empire, with an arrowhead in his spine and without money. An American doctor named Richard Butler introduced him to a wealthy Bavarian-born silversmith named Herman Bockweiss and the latter’s daughter, Lise. 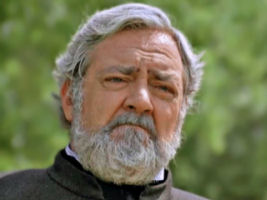 Pasquinel formed a partnership with Bockweiss, who provided him with guns and silver trinkets to trade with the Native Americans and fell in love with Lise. Pasquinel later married Bockweiss's daughter Lise (Sally Kellerman), who was attracted to him even though he kept leaving for long periods in order to trade furs in unknown territory. While Pasquinel loved Lise, his main reason for marrying her was merely to gain the goodwill of her merchant father.