All this year, the "As Seen On TV" showcase has featured TV characters who originated in BookWorld. But there are certain characters who appear in those book-sourced TV shows who never appeared in the books. So they don't have the basic literary origin that their comrades share. 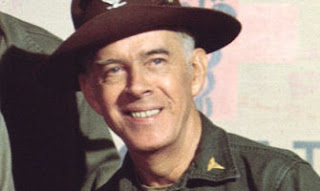 1] COLONEL SHERMAN POTTER
When Maclean Stevenson wanted to leave 'M*A*S*H' again to try his luck at headlining his own show, the producers decided to kill off his character Colonel Henry Blake. Instead of recasting the role or bringing in a clone of Henry's, they decided to go in a different direction. They came up with a crusty, ornery Army career doctor who had been serving since the first World War. 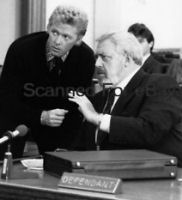 Paul Drake, Jr. is the fictional son of Paul Drake, Erle Stanley Gardner's detective extraordinaire. With the death of William Hopper who played Paul Drake in the original television series, the producers of the new 'Perry Mason' movies decided to continue the name even though there is no evidence that Paul ever married, let alone had a son. William Katt was Raymond Burr's choice to play Paul Junior. and of course Barbara Hale agreed since he is her son. 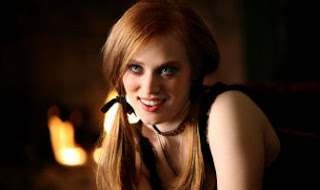 3] JESSICA HAMBY
From the 'True Blood' wikia:
Jessica Hamby is a major character in the second, third, fourth, and fifth seasons of 'True Blood'. She initially appeared as a recurring character in the first season. She is played by starring cast member Deborah Ann Woll. Jessica (born 1991, turned 2008) is a young vampire and the progeny of Bill Compton. She was turned as decreed by the Magister, in reparation for Bill's murder of Longshadow, a fellow vampire.

Jessica does not appear in any of the books by Charlaine Harris which are the basis for the 'True Blood' TV series. Jessica is an entirely new character created by Alan Ball. She was used to showcase in detail what a newborn vampire is like. She seems to be the replacement for Bubba since his character is not allowed due to legal issues with the Presley estate.

Jessica is one of six original main characters who did not appear in any form in Charlaine Harris' books. The other five main characters not present in the books are Tommy Mickens, Jesus Velasquez, Salome Agrippa, Roman Zimojic and Nora Gainesborough. 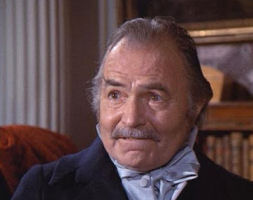 4] DOCTOR JOHN POLIDORI
From Wikipedia:
The character of Dr Polidori, who did not appear in the original novel, was based on the character of Dr. Pretorius from Universal Pictures' "Bride of Frankenstein", but named after the real-life John Polidori, an acquaintance of author Mary Shelley who was part of the competition that produced her novel. Polidori's own contribution was the first modern vampire story "The Vampyre" (1819). 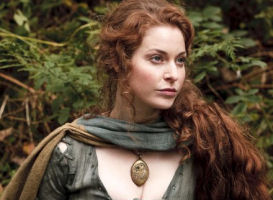 5] ROS
From the 'Game Of Thrones' wikia:
Ros does not appear in the books and is the first character created specifically for the show. However, some fans have speculated that her role is based on the "red-headed whore" who appears very briefly in the first novel. This is strengthened by the fact that the actress was originally announced as playing "red-headed whore" and that the character was given a name at George R.R. Martin's suggestion.

Loosely speaking, Ros does stand in for, or act as a condensation of, several different prostitute characters that existed in the books. For example, in the books Cersei does imprison a prostitute that she thinks is Tyrion's lover (although his actual lover is Shae), but it is a different character named Alayaya, the daughter of Chataya, the woman who owns the whorehouse. The entire subplot involving these prostitute characters was cut from the TV series, and Ros functionally assumes this role in the story.

Martin has stated that he intends to work the character into later books in the series, probably as a throwaway cameo just to tie her presence into both the series and books. 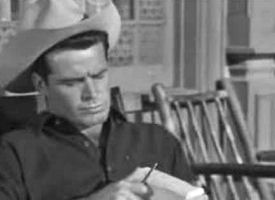 6] BRET MAVERICK
With my Super Six Lists, I usually throw a joker into the hand, so who better than the greatest gambler ever in Toobworld?

From Wikipedia:
The first broadcast episode of 'Maverick', "War of the Silver Kings", was based on C. B. Glasscock's "The War of the Copper Kings", which relates the real-life adventures of copper mine speculator F. Augustus Heinze, a copper king who ultimately went to Wall Street. Huggins recalls in his Archive of American Television interview that this Warners-owned property was selected by the studio as the first episode in order to cheat him out of creator residuals.