AS SEEN ON TV: HEDDA & LOUELLA 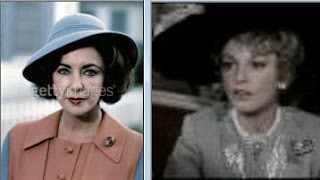 A quick look at two of the most powerful career-makers (and breakers) during Hollywood's Golden Age for Two for Tuesday....... 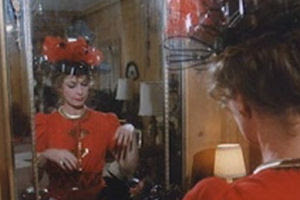 AS PLAYED BY:
Jane Alexander

Hedda Hopper (May 2, 1885 – February 1, 1966) was an American actress and gossip columnist, whose long-running feud with friend turned arch-rival Louella Parsons became at least as notorious as many of Hopper's columns. Louella Parsons (August 6, 1881 – December 9, 1972) was an American gossip columnist who, for many years, was an influential arbiter of Hollywood mores, often feared and hated by the individuals, mostly actors, whose careers she could negatively impact via her radio show and newspaper columns.

AS SEEN IN:
"Malice In Wonderland"

"Malice in Wonderland" is a 1985 American television movie based on the 1972 novel "Hedda and Louella: A Dual Biography of Hedda Hopper and Louella Parsons" by George Eells. Starring Elizabeth Taylor and Jane Alexander, it tells the based-on-real-life stories of powerful Hollywood gossip columnists Hedda Hopper and Louella Parsons, once friends and later rivals. The film premiered on CBS on 12 May 1985. The film was a ratings success gaining an 18.3 rating equaling to 15,536,700 households tuning in its original air date. 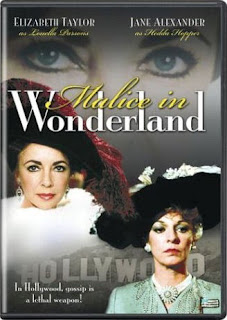 Both women appeared as themselves on variety programs and game shows, while Ms. Hopper played herself in episodes of 'I Love Lucy' and 'The Lucy-Desi Comedy Hour'. But I think we can let this TV movie stand as part of Earth Prime-Time as well. All information gathered from Wikipedia and the IMDb....


Today's ASOTV selection was inspired by the memory of Elizabeth Taylor......
Posted by Toby O'B at 12:02 AM