AS SEEN ON TV: ELIZABETH TAYLOR

One last ASOTV tribute to Elizabeth Taylor... for now..... 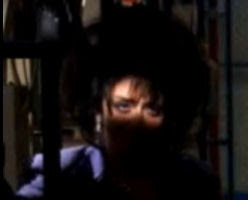 AS PLAYED BY:
Rachel Dratch

TV DIMENSION:
Earth Prime-Time/ZonkTV(?)
No official name yet
It's the world that also treats our TV shows as TV shows.
But it may be absorbed into Earth Prime-Time if Toobworld Central just surrenders to the concept that every TV show has a televersion in the TV Universe.
Let me know what you think......

From Wikipedia:
In November 2004, she announced that she had been diagnosed with congestive heart failure, a progressive condition in which the heart is too weak to pump sufficient blood throughout the body, particularly to the lower extremities: the ankles and feet. She broke her back five times, had both her hips replaced, survived a benign brain tumor operation and skin cancer, and faced life-threatening bouts with pneumonia twice, one of which (1961), resulted in an emergency tracheotomy. Towards the end of her life she was reclusive and sometimes failed to make scheduled appearances due to illness or other personal reasons. She used a wheelchair and when asked about it stated that she had osteoporosis and was born with scoliosis.

On 5 December 2007, California Governor Arnold Schwarzenegger and California First Lady Maria Shriver inducted Taylor into the California Hall of Fame, located at The California Museum for History, Women and the Arts.

Taylor started designing jewels for The Elizabeth Collection, creating fine jewelry with elegance and flair. The Elizabeth Taylor collection by Piranesi is sold at Christie's. She also launched three perfumes, "Passion", "White Diamonds", and "Black Pearls", which, together, earn an estimated US$200 million in annual sales. In fall 2006, Taylor celebrated the 15th anniversary of her White Diamonds perfume, one of the top 10 best selling fragrances for more than the past decade.

Taylor devoted much time and energy to AIDS-related charities and fundraising. She helped start the American Foundation for AIDS Research (amfAR) after the death of her former costar and friend, Rock Hudson. She also created her own AIDS foundation, the Elizabeth Taylor Aids Foundation (ETAF). By 1999, she had helped to raise an estimated US$50 million to fight the disease.
In 2006, Taylor commissioned a 37-foot (11 m) "Care Van" equipped with examination tables and X Ray equipment and also donated US$40,000 to the New Orleans Aids task force, a charity designed for the New Orleans population with AIDS and HIV. The donation of the van was made by the Elizabeth Taylor HIV/AIDS Foundation and Macy's. 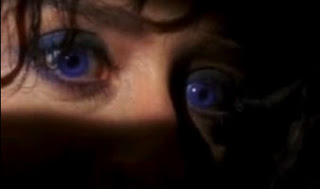 The press closely followed Burton and Taylor's relationship before, during, and after their 10 years of marriage, due to great public interest in the combination of "the most famous film star in the world and the man many believed to be the finest classical actor of his generation." They remarried in 1974, 16 months after their first divorce, in a mud hut in Botswana, but soon separated and divorced in 1976. Burton disagreed with others about Taylor's famed beauty, saying that calling her "the most beautiful woman in the world is absolute nonsense. She has wonderful eyes, but she has a double chin and an overdeveloped chest, and she’s rather short in the leg." 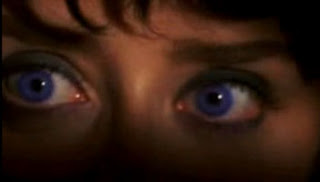 In 1971, Taylor became a grandmother at the age of 39. At the time of her death she was survived by her four children, ten grandchildren, and four great-grandchildren.

Hidden as she is in the shadows, and IF '30 Rock' is returned to the fold of Earth Prime-Time, one could argue that this is the same Elizabeth Taylor who played herself in most other sitcoms. That same argument could also be made for an episode of 'The Martin Short Show' in which her voice could be heard on the Shorts' baby monitor.
BCnU!
Posted by Toby O'B at 12:00 AM