AS SEEN ON TV: GERALDINE FERRARO 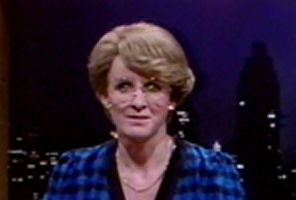 AS PLAYED BY:
Mary Gross

From The New York Times:
By DOUGLAS MARTIN
Geraldine A. Ferraro, the former Queens congresswoman who strode onto a podium in 1984 to accept the Democratic nomination for vice president and to take her place in American history as the first woman nominated for national office by a major party, died Saturday in Boston. She was 75 and lived in Manhattan.

The cause was complications from multiple myeloma, a blood cancer that she had battled for 12 years, her family said in a statement. She died at Massachusetts General Hospital, where she had been undergoing treatment since Monday.


“If we can do this, we can do anything,” Ms. Ferraro declared on a July evening to a cheering Democratic National Convention in San Francisco. And for a moment, for the Democratic Party and for an untold number of American women, anything seemed possible: a woman occupying the second-highest office in the land, a derailing of the Republican juggernaut led by President Ronald Reagan, a President Walter F. Mondale.
It did not turn out that way — not by a long shot.
After the roars in the Moscone Center had subsided and a fitful general election campaign had run its course, hopes for Mr. Mondale and his plain-speaking, barrier-breaking running mate were buried in a Reagan landslide.
For More:
http://www.nytimes.com/2011/03/27/us/politics/27geraldine-ferraro.html?_r=1&ref=obituaries
In Skitlandia, Ms. Ferraro led a singing group called Gerri and the Mon-Dells in one of her three appearances on 'Saturday Night Live'...... 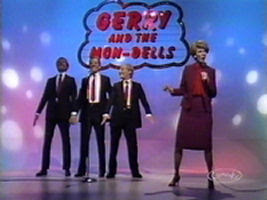