LEAGUE OF THEMSELVES - ILLEANA DOUGLAS 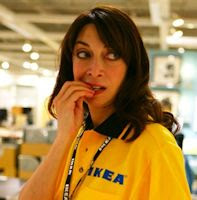 Douglas is a granddaughter of the actor Melvyn Douglas and his first wife, artist Rosalind Hightower, and has said that her grandfather's performance in Being There, in particular, was influential on her own career. Her paternal great-grandfather was Latvian-born composer and pianist Edouard Hesselberg.

On television, Douglas appeared briefly as Garry Shandling's love interest on 'The Larry Sanders Show', starred in the series 'Action' (1999) with Jay Mohr, guest starred on 'Seinfeld', 'Frasier' and 'The Drew Carey Show', and has played a public defender on several episodes of 'Law & Order: Special Victims Unit' in 2002 and 2003. She appeared in two episodes of the critically acclaimed HBO TV-series 'Six Feet Under', both of which earned Emmy nominations for Guest Actress in a Drama. She also appeared as Mrs. Ari's sister Marci in the Season 7 finale of 'Entourage'.

In 2006, she starred in the Lifetime TV film "Not Like Everyone Else" and played herself in "Pittsburgh" opposite Jeff Goldblum. In 2007, Douglas was added to the cast of 'Ugly Betty', playing Sheila, an editor for MODE magazine.

AS SEEN IN:
'Easy To Assemble' (star) 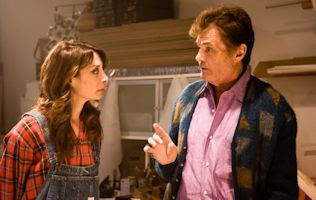 SYNOPSIS:
Actress Illeana Douglas attempts to live a "normal" life by working at her local IKEA. She soon finds she can't leave Hollywood behind when fellow actress and friend Justine Bateman starts a talk show called "Forty and Bitter" on the floor of IKEA. Forced to compete for IKEA "Coworker of the Year" or risk coworker downsizing Illeana beats out Justine, wins the coveted award, and a trip to Sweden to meet the head of the company. Soon she must decide if she will return to the spotlight and take over for Justine with her own talk show, "This Side Up". (from the IMDb) 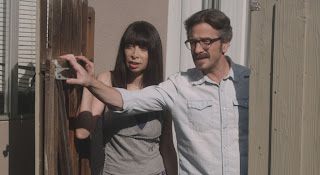 SYNOPSIS:
After guesting on Marc Maron's podcast, Illeana tries to fix him up with her friend who runs a bookstore.  But it doesn't go well.

Labels: As Seen On TV, League of Themselves, Life During Prime-Time, Special Guest Appearance, Wikipediaphile