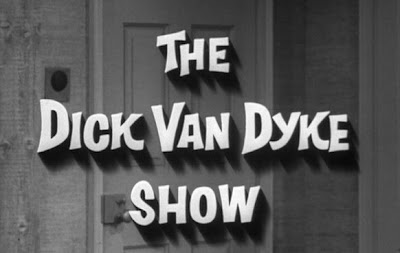 This week's issue of Entertainment Weekly has their list of Top 100 movies, TV shows, music, books, and plays. So I decided to check if my Super Six favorite TV shows made the grade.

First off, here's my list of six favorite TV series:

My problem is that (in case you didn't notice) my #3 never made the grade - 'The Dick Van Dyke Show'. How can you omit a series that has been called the Camelot of Sitcoms?

But then these shows get included instead - 'Good Times', 'Chappelle's Show', 'The Comeback', 'American Idol', 'In Living Color', 'The Real World', 'Project Runway' and 'Beavis and Butthead'! I'm not going to get into whether they deserved to be on the list, just that 'The Dick Van Dyke Show' should have been included before them.

I didn't see any point in continuing to read the various entries of their list because the lack of 'The Dick Van Dyke Show' as one of the Greats calls all of Entertainment Weekly's judgements into question.

By not choosing 'The Dick Van Dyke Show' to be in the Top 100 (It should have been in the Top 20!), their arguments for all of the other TV shows are invalid.

They even did a caricature of the great sitcom couples and Rob and Laura weren't included. Ridiculous!

Labels: DVD Show at 50, O'Bservations, Outside the Box, Toobworld Central, Twipped from the Headlines, Zonks

Forget it, Tobe. It's Entertainment Weekly.

TV lists are never worth the paper they're written on, I find. They usually forget huge chunks of TV history (eg the 1950s) because almost no one involved was alive then, favour ones that have a lot of current, active fans (who are going to buy/read the list), and are generally by people who don't know what they're talking about or have specific interests.

There was a 50 Greatest TV Dramas show over here about six years ago: http://www.the-medium-is-not-enough.com/2007/03/review_the_50_greatest_tv_dram.php Despite polling loads of TV executives, it came in with some really perverse responses. And, o course, The Wire didn't even get on the list at all because it was only airing on FX at the time over here, and none of them watched it. It was only once it was on BBC2 that everybody watched it and realised how good it was.

I agree completely! I had to go through the list three times before I would believe that they left off one of the most honored and revered sitcoms in TV history. It's my #1 of all time and certainly belongs in the top 20. Even though the list does include I Love Lucy, The Honeymooners and Your Show of Shows, it feels like it was compiled by a group of 30somethings with zero knowledge of anything before the 1980s.