With the second JJ Abrams "Star Trek" movie still in theaters, I thought we should check out one of its incarnations in Skitlandia:

In Skitlandia, the physical features of TV characters can change without notice.  Sometimes they will look like the original televersion from Earth Prime-Time (if that actor is playing the role on 'Saturday Night Live' for example), but most times they look like the cast members from that show.

For example, Captain James Kirk was first played by John Belushi on 'Saturday Night Live', but then William Shatner himself hosted the show and played the role - bringing Kirk in line (for a very short time) with his appearance in Earth Prime-Time. 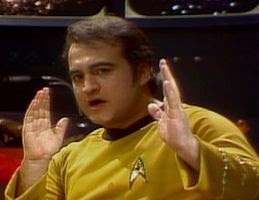 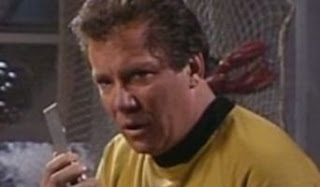