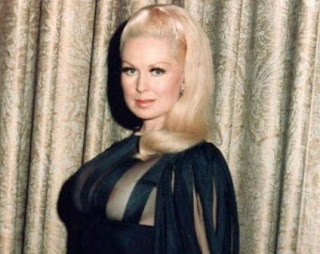 Although she had been a police detective in Metropolis for only a few years, the "Mr. X" case would signal the end of Helen J. O'Hara's career on the Force. This was not a voluntary decision. And it would cause a major change to her life.

If you check that video of "Superman's Wife", there is no indication of how much time passed between the announcement of Superman's "marriage" to Detective O'Hara and her abduction by the henchmen of Mr. X. I can't imagine it could have been more than a few days, probably soon after Lois Lane's story broke in the Daily Planet. 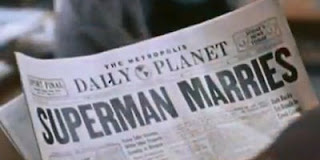 But until their trap was sprung, Superman and Helen had to live together to maintain the illusion that they were married. In the close quarters of her apartment in the Beresford Towers (built by J. Beresford Tipton and named after his maternal grandfather), the two of them may have succumbed to temptation. If not then, I think the opportunity would have presented itself again after the case was over, and after Superman had saved her life on the bridge. 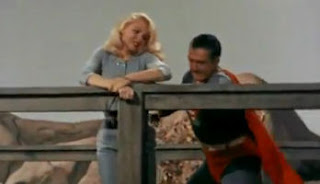 Nothing like the threat of being blowed up real good by dynamite to quicken the pulse and make one realize that Life is short - carpe diem! And she must have carped his diem all night long.

It's not that hard to picture this happening. After all, Helen O'Hara was a stunningly beautiful woman. (To my mind, the actress playing her, Joi Lansing, was the most beautiful actress to ever grace the small screen.) And Superman was - well, he was Superman. Naturally they would be attracted to each other. 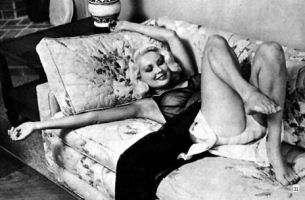 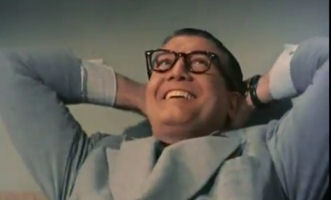 It might sound like heresy to suggest that a straight-arrow like Superman, in such a wholesome show, should engage in sex. But even though he was super, he was still a man.

That part about him being super.... That's what proved to be the ruin of Helen's career on the police force.

Although human in appearance, Superman was an alien and his biology was not totally compatible with humans. Even on the cellular level, as with sperm, he was far more powerful. No matter what kind of protection they used, nothing was going to withstand the super swimming abilities of Kryptonian sperm.

OF COURSE she was going to get pregnant!

SHOWS CITED:
Coming up next - "Run For Your Life"

PS:
At this point, I'd like to draw your attention to a very interesting essay by my favorite S-F writer, Larry Niven. "Man of Steel, Woman of Kleenex" goes into graphic detail on what would happen if a Kryptonian male had sex with a human female. (It may be grisly, but it's still a hot read!)

For the purpose of the Toobworld Dynamic, however, I'm not going to utilize that study. TV tradition holds that human biology is malleable enough to cross-breed with other species from other worlds.

And we've seen examples of this in Toobworld since the Age of Legends:
and even 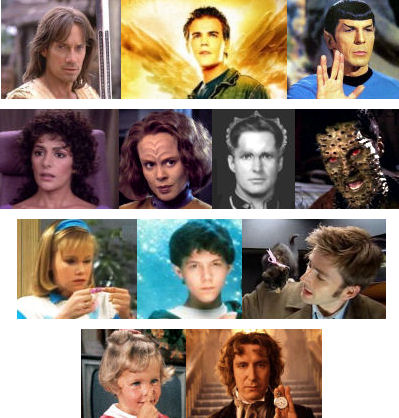 Speaking of Brannigan's kitties, the Gallifreyan Time Lord known as The Doctor claimed that his mother was a human. But as River Song once pointed out, the Doctor lies. And he did so in this case just so he could get into an Earth woman's pants......

I never knew that the Doctor claimed to be half-human. Was this in the film with the 8th Doctor?

Among other things, it seems that the anonymous blonde in the last Fleischer brothers Superman cartoon "Secret Agent" is very much like Sgt O'Hara and it could represent the policewoman's wartime exploit as an agent of the government. Presumably she was in standard law-enforcement before this adventure and she returned to the same law-enforcement agency after her mission. But it seems as though Superman and Sgt. O'Hara knew each other prior to the Adventures of Superman episode and that was a factor in their willingness to go through with the charade.

Outside of That, the woman in Hillbillies in a Haunted House could be the same police officer in retirement (making a reference to Las Vegas Hillbillies in passing) and pursuing a lifelong secondary love in singing country music. This at least makes it possible that she went ahead and married Country musician Lester Flatt during the Beverly Hillbillies years, with some later attempts at breaking into movies in Hollywood from that vantage point. This would have been about a decade after the Adventures of Superman story. If she did break into movies it was in the 1970 movie Bigfoot: it is also just barely possible that the movie dramatised a real-life adventure she had participated in after parting company with Superman.

Superman's sperm may not be compatible with an earth mortal 's eggs. That was the feeling on Lois and Clark:The New Adventures of Superman. So pregnancy might not have been an option but I am sure that good sex was.