[EPISODE ELEVEN]
"RUN FOR YOUR LIFE" 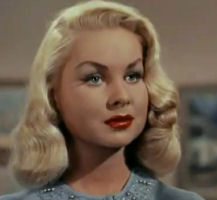 It was only a matter of days after Superman's liaison with Helen O'Hara before Helen realized that she was pregnant with the love-child of the Man of Steel. (Had it been a normal human pregnancy it would have taken longer for her to notice.) Something about the fetus bearing Kryptonian genetics caused it to mature faster under a yellow sun.

Using a sudden visit to her father as a cover story, Helen got an examination from a doctor in Gotham City and it confirmed her suspicions. Feeling as though she had no one else to talk to, she poured her heart out to Chief O'Hara, knowing that he loved her too much to judge her for this turn of events, even in that moralistic era. 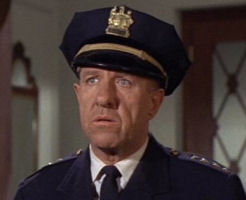 Miles O'Hara didn't just sympathize. He knew after working with Gotham City's own "Caped Crusader" for just a short time that neither Helen nor Superman would be safe because of this new complication in their lives. She would always be a target by such enemies of Superman as Lex Luthor and Brainiac. And the Last Son of Krypton would be hampered if he had to divide his attentions between Helen and the baby and the latest threat to Metropolis or the world.

Chief O'Hara couldn't speak for the Man of Steel, but he thought it would be better for all concerned if Helen left Metropolis forever. And quickly! 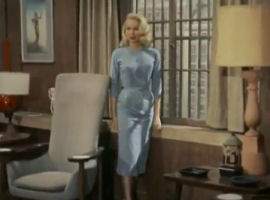 Upon her return to Metropolis, Helen realized that her father was right - her apartment in the Beresford Towers had been ransacked while she was gone. Covering the story for the Daily Planet, Lois Lane mentioned to Helen that a strange little man had been making aggressive inquiries of all the doctors in the city. And many of those doctors later reported that their offices had been burgled and their filing systems rifled.

At first, Superman thought the description of this dwarf might have been his foe Mr. Mxyzptlk, an imp from another dimension. But witnesses gave a different description - that of an old man with wild white hair and beard. And the dwarf claimed that his name was Dr. Liebknicht. 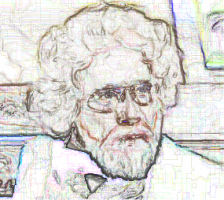 FBI agent Arthur Dales was called back from a vacation where he was visiting his Kolchak cousins and sent to Metropolis to investigate this inquisitive imp. Now suspicious of everyone, Helen asked Inspector Henderson to have Dales checked out. They learned that he worked in a dusty little basement office full of files. He specialized in the more bizarre cases, which Helen thought made it sound rather like the Department of Queer Complaints at Scotland Yard.

Helen got the chance to sneak a peek at Dales' file on this Dr. Liebknicht, and unbelievably the authorities had been hunting for the dwarf for nearly a century!

Accompanying Agent Dales was an elderly gentleman who looked more like a bank manager than some kind of government agent. He gave his name as Waverly but never specified which government he worked for. Based on the acronym on his business card, Inspector Bill Henderson wondered if Waverly was connected to the United Nations or not. Whoever he was, the Inspector believed Waverly was working long past his age's capabilities - especially after catching the older man whispering into a fountain pen.

Waverly assured the Inspector and Superman that he was merely there as an observer. In fact, he had been called away from a family visit like Agent Dales. (In his case, he was already in Metropolis to meet his long-estranged son Alexander, Junior.) 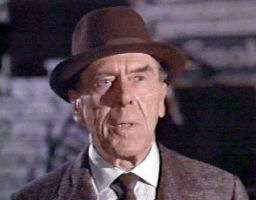 It turned out that Mr. Waverly knew more than he was revealing to Henderson and Superman. When he finally had a moment alone with Helen, he told her about a rogue group based in Great Britain who operated outside the government and above the Law. He warned her that their motto was "If it's alien, it's ours" and he wouldn't be surprised if they weren't sending a few of their agents to Metropolis as they spoke. Certainly the one with the longest service record and who could easily blend in, being an American, would be on his way......

How they could have figured out her secret, Helen had no idea. But she did know that there were people whose job it was to extrapolate all chains of events based on a certain scenario. And since it had become common knowledge that Superman had "lived" with her during their undercover operation against Mr. X.......

Back at the police department, Helen grabbed a bag of clothing which she kept there in case of emergency and made for the exits. But the desk sergeant stopped her and handed her a large envelope which had just arrived for her. She recognized her brother Frank's handwriting on the package and quickly opened it - finding that it contained several passports, driver's licences and other forms of identification, all with her picture but with different names and addresses. There was also some money and the number for a new bank account with enough money to keep her going for some time. 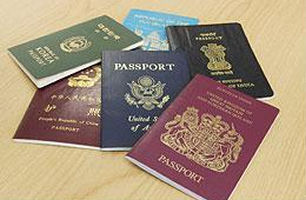 It was all she could do to maintain her composure. It was proof of how much her father loved her that the Gotham City police chief would mend his long-standing feud with his ne'er-do-well son in order to get Helen the help she needed to go on the run.

Determined to protect her secret and to shield Superman, Helen made a scene at the bus depot as she bought a ticket to Gotham City from the Gotham Bus Company's window. But then under the cover of darkness, she boarded a C.F.&W. train heading southeast. Let her enemies think she was heading home again, running to her father for his protection. Hopefully the Caped Crusader and his young ward would be able to take care of them, with Superman none the wiser.

She found the train's route had a lot of curves, and even more so when she got closer to her destination - a small town to be found between Pixley and Crabtree Corners....... 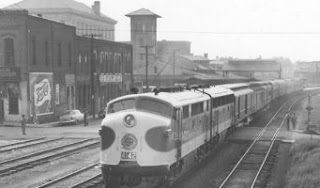 SHOWS CITED:
Coming up next: "Once A Hero"

I am glad reading your blog. Your blog is good and you are great blogger. Thank you so much for posting.