November 12, 1982:
Lech Walesa, a Solidarity leader, is released from a Polish prison after eleven months.
From Wikipedia:
[Lech Walesa] was a member of the illegal strike committee in Gdansk Shipyard in 1970 (Polish 1970 protests).
In 1976, Walesa lost his job in Gdansk Shipyard.In June 1978 he joined the illegal underground Free Trade Unions of the Coast (Wolne Zwiazki Zawodowe Wybrzeza), organized by Bogdan Borusewicz, Andrzej Gwiazda, Krzysztof Wyszkowski, Lech Kaczynski, Anna Walentynowicz, Antoni Sokolowski, and others.
On August 14, 1980, after the beginning of an occupational strike in the Lenin Shipyard of Gdansk, Walesa became the leader of this strike. The strike was spontaneously followed by similar strikes, first in Gdansk, and then across Poland.
In September of that year, the Communist government signed an agreement with the Strike Coordination Committee to allow legal organization, but not actual free trade unions. The Strike Coordination Committee legalized itself into National Coordination Committee of Solidarnosc Free Trade Union, and Walesa was chosen as a chairman of this Committee. Solidarnosc is also known as Solidarity.
Walesa kept this position until December 13, 1981, when he was arrested. General Wojciech Jaruzelski declared a state of martial law on December 13. Walesa was interned for 11 months in south-eastern Poland near the Soviet border until November 14, 1982. 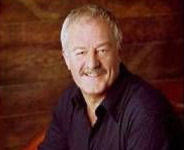 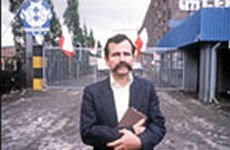