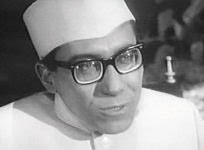 Today I'd like to deal with the character of Mr. Sin, as played by the late, great Michael Dunn......

For those who don't know, it's always been the contention of Toobworld Central that his character from 'The Wild, Wild West', Dr. 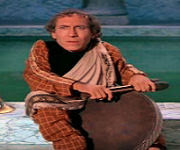 Miguelito Loveless, was descended from aliens on both sides of his family. On the maternal side, his extra-terrrestrial forebear was Alexander, the dwarfish Sahndaran who visited Earth during the time of Plato. If the child he sired with an Earth-woman showed any talents due to his genetic influx from another planet, I don't think there is any proof from a TV show or TV movie. But that genetic material lay dormant in his descendents for millennia... until it was "awakened" by the impregnation of Dr. Loveless' mother by yet another alien.

It's our theory of "relateeveety" that the father of Dr. Loveless was a Gallifreyan Time Lord who passed himself off as a Spanish California rogue by the name of Ramon Castillo (as seen in the 'Zorro' episode "Auld Acquaintance"). Having already been on Earth for over a century, Ramon Castillo would later take the name of "Mr. Roarke" for the "second hundred years" or so when he struggled to reform his baser nature. 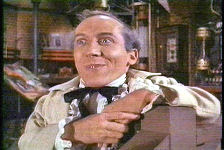 Miguelito Loveless was begat of this temporary union, and the combination of his human, Sahndaran, and Gallifreyan DNA created a unique difference in him. Aside from being the genetic mirror image of his ancestor Alexander, Dr. Loveless now had the power to regenerate when he was close to death just like the inhabitants of Gallifrey. But unlike his father (who regenerated prior to 1998 into the body we know from the TV series remake of 'Fantasy Island'), his body did not morph into a new form. He would come back to life, but still with the same stunted body. (That this could happen is backed up by the 'Doctor Who' episode "The Doctor's Daughter".) 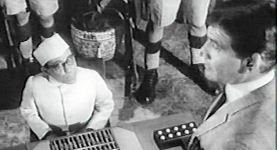 We saw that Dr. Loveless could do this in nearly every one of the nine episodes of 'The Wild, Wild West' in which he appeared. And that's why I think he not only survived the cancellation of the show, b 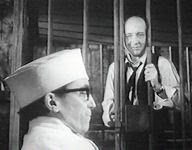 ut that he continues to exist in Toobworld to this day! Each time Michael Dunn would later appear in other TV shows, he was playing the role of Miguelito - but under a different alias.

Some of those roles would be "Mr. Big" on 'Get Smart' and "The Clown" in 'Voyage To The Bottom Of The Sea'.

The character of Mr. Sin controlled a small island in the South Pacific called Tio Moro. According to the story he told "Amos Burke" (and more on the reason for those quotes in a few days!), after he retired from whatever it was he was doing in India, he moved to Tio Moro to begin this new scheme in which he would hold people as hostages (albeit quite comfortably). He was probably drawing 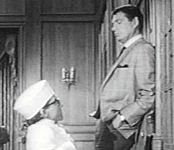 upon his past experience as one of the founders of 'The Village' (as seen in 'The Prisoner') back in the late 1800s.

I don't know what may have occurred to Dr. Loveless between the time he spent in the 1940's as an amnesiac going by the name of Arthur Boyle (as seen in the TV movie "Goodnight, My Love") and when he arrived in India. But I think he may have gone there in hopes that study in various forms of meditation and mysticism would unlock the secret of his true identity. And once finding out who he really was, Loveless reverted back to his fiendish ways and began this new career with a new identity as "Mr. Sin". 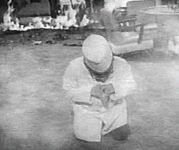 At the end of the episode, Amos Burke triumphs and Mr. Sin is left behind to apparently die in the inferno that was once his home. But the last we see of him, Mr. Sin is kneeling down in contemplative prayer, with his head bowed to the floor. I think he was either prepping himself for yet another regeneration, or that he would then trigger some trap door beneath him in order to escape.

And after this, he would move on to his next criminal undertaking - the creation of KAOS, as seen in the pilot episode of 'Get Smart'! 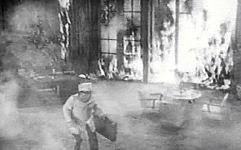 Labels: By Any Other Name, Double Vision, Life During Prime-Time, Linkin' Case, Splainin 2 Do, Tele-Folks Directory, TV timeline, Who's On TV