LEAGUE OF THEMSELVES - BILL RUSSELL 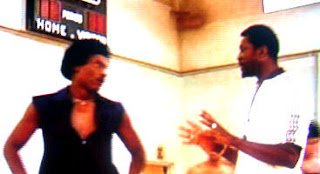 From Wikipedia:
William Felton "Bill" Russell (born February 12, 1934) is a retired American professional basketballplayer who played center for the Boston Celtics of the National Basketball Association (NBA). A five-timeNBA Most Valuable Player and a twelve-time All-Star, Russell was the centerpiece of the Celtics dynasty,winning eleven NBA championships during his thirteen-year career. Along with Henri Richard of theNational Hockey League's Montreal Canadiens, Russell holds the record for the most championships won by an athlete in a North American sports league. Before his professional career, Russell led the University of San Francisco to two consecutive NCAA championships (1955, 1956). He also won a gold medal at the1956 Summer Olympics as captain of the U.S. national basketball team.

Russell is widely considered one of the best players in NBA history. Listed as between 6 ft 9 in (2.06 m) and 6 ft 10 in (2.08 m), Russell's shot-blocking and man-to-man defense were major reasons for the Celtics' success. He also inspired his teammates to elevate their own defensive play. Russell was equally notable for his rebounding abilities. He led the NBA in rebounds four times, and remains second all-time in both total rebounds and rebounds per game. He is one of just two NBA players (the other being prominent rival Wilt Chamberlain) to have grabbed more than fifty rebounds in a game. Though never the focal point of the Celtics' offense, Russell also scored 14,522 career points and provided effective passing. 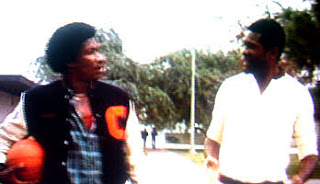 SYNOPSIS:
Coolidge starts having problems stemming from his abnormal height and size, such as normal clothes not fitting and "how's the weather up there" jokes. He gets self-conscious and defensive until Coach Reeves, who has dealt with the same problems, takes him under his wing and tries to let him know he's not alone, with help from NBA Hall-of-Famer Bill Russell.
- TV.com