Tonight the 80th annual All-Star Game of Major League Baseball will be held at Citifield, home of the Mets.

And even though the Mets beat my favorite team for the World Series in 1986, and even worse, they're a National League team, I'm going to showcase two legendary Mets players in their League of Themselves appearance. 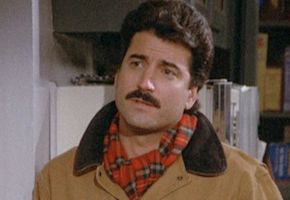 From Wikipedia:
Keith Barlow Hernandez (born October 20, 1953) is a former Major League Baseball (MLB) player who was the starting first baseman on World Series championship teams with the St. Louis Cardinals in 1982 and the New York Mets in 1986. He began his career in the majors with the Cardinals in 1974, winning the National League (NL) batting title and sharing the circuit's Most Valuable Player (MVP) honors with Willie Stargell in 1979. After a mid-season trade sent him to the Mets in 1983, he became the undisputed leader amongst the players of the brash ball club that also fell a victory short of capturing the 1988 NL Championship Series.

Hernandez appeared in five MLB All-Star Games and hit better than .300 six times between 1979 and 1987. Generally considered one of the best defensive players at his position, he was awarded the Gold Glove in eleven consecutive seasons from 1978 to 1988, the most by any first baseman in baseball history. He retired as an active player after spending one year with the Cleveland Indians in 1990.

Currently a baseball analyst working on Mets telecasts for SportsNet New York and WPIX since 2006, he has gained a cult following from his broadcasting career. 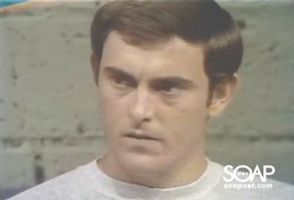 From Wikipedia:
Lynn Nolan Ryan, Jr. (born on January 31, 1947), nicknamed "The Ryan Express", is a former Major League Baseball pitcher. He is currently principal owner and CEO of the Texas Rangers.

During a major league record 27-year baseball career, he pitched in 1966 and from 1968 to 1993 for four different teams: the New York Mets, California Angels, Houston Astros, and Texas Rangers. He was inducted into the Baseball Hall of Fame in 1999.

Ryan, a hard-throwing, right-handed pitcher, threw pitches that were regularly recorded above 100 miles per hour (161 km/h). The high velocity remained throughout his career, even into his 40s. Ryan was also known to throw a devastating 12–6 curve-ball at exceptional velocity for a breaking ball.

While his lifetime winning percentage was .526, Ryan was an eight-time MLB All-Star, and his 5,714 career strikeouts rank first in baseball history by a significant margin. He leads the runner-up, Randy Johnson, by 839 strikeouts. Similarly, Ryan's 2,795 bases on balls lead second-place Steve Carlton by 962 — walking over 50% more hitters than any other pitcher in Major League history. Ryan and Sandy Koufax are the only two pitchers inducted into the Baseball Hall of Fame who had more strikeouts than innings pitched. Other than Jackie Robinson (whose number was retired by the entire MLB), Ryan is currently the only major league baseball player to have his number retired by at least 3 different teams: the Angels, Astros, and Rangers.

Ryan is the all-time leader in no-hitters with seven, three more than any other pitcher. He is tied with Bob Feller for most one-hitters, with 12. Ryan also pitched 18 two-hitters. Despite the seven no-hitters, he never threw a perfect game, nor did he ever win a Cy Young Award. Ryan is one of only 29 players in baseball history to have appeared in Major League baseball games in four decades and the only pitcher to have struck out seven pairs of fathers and sons.

Labels: As Seen On TV, League of Themselves, O'Bservations, Online TV, Outside the Box, Twipped from the Headlines, Wikipediaphile