LEAGUE OF THEMSELVES - ANDY MURRAY


Andy Murray won his first Wimbledon title and ended Britain's 77-year wait for a men's champion with a hard-fought victory over world number one Novak Djokovic.

The Scot, 26, converted his fourth championship point in a dramatic final game to win 6-4 7-5 6-4 and claim his second major title. 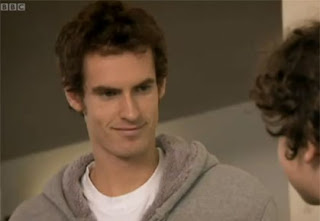 TV DIMENSION:
Earth Prime-Time
(But it could be Skitlandia as well.)