THE CONE OF SILENCE WILL FALL 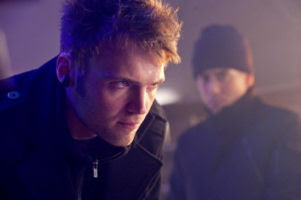 With its storyline about two different TV dimensions - Earth Prime-Time and "Over There" - 'Fringe' has introduced us to a couple of characters who (so far) don't have counterparts in the other dimension.

One of those is Lincoln Lee, the new tactical leader of Fringe Division "Over There".

When Frank didn't know if he should tell Lincoln that he was going to propose to Olive Dunham that weekend, Lincoln promised he could keep a secret:

"I have my own cone of silence when it comes to secrets."

Of course, he immediately spilled the beans to Liv..... 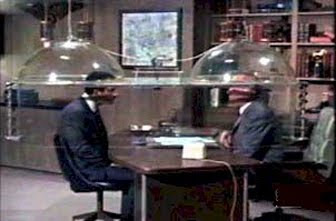 So, based on what he said, there must have been an "Over There" version of CONTROL, the spy agency. (Here at Toobworld Central, we just won't entertain the idea that Lincoln was talking about the TV show 'Get Smart'.) 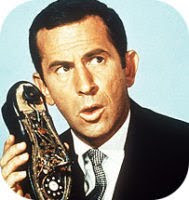 It's unknown if CONTROL still exists "Over There", but it may have been absorbed into Fringe Division - much like many of the intelligence communities in the United States of the Trueniverse were combined under the leadership of Homeland Security.

At the very least, the technology used by CONTROL - specifically the cone of silence - was functional "Over There." (And considering the advanced stage fo their development, it was also quite practical unlike in Earth Prime-Time.)

We could extrapolate from that reference point to consider the existence of other 'Get Smart' fixtures - like the existence of KAOS, the country Caronia, shoe phones. But I think that - as it is in Earth Prime-Time - CONTROL Agent #86 (Maxwell Smart) most likely passed away......