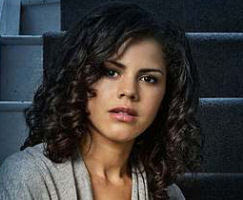 In the first episode of the 'Being Human' sophomore season, Annie accompanied George's girlfriend Nina on her first night in which she would transform into a werewolf. At one point she said, "There's a werewolf called Nina on 'Buffy the Vampire Slayer'."

This could be a Zonk. 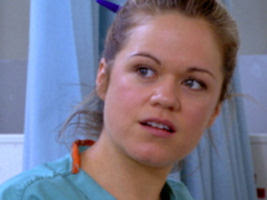 However, in the real world Nina the werewolf actually featured on the 'Buffy' spin-off show 'Angel'. The character never appeared or was even referred to on 'Buffy the Vampire Slayer'.

And that could help deflate the Zonk.

'Buffy' has been off the air since May of 2003. She and her Scooby gang apparently went to Cleveland to take care of another Hellmouth after the cataclysmic events in that last ' 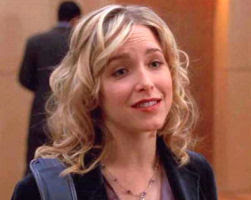 Buffy' episode.
So in the next seven years, anything could have happened. And the events depicted in the 'Buffy'

comic books have no effect on the TV Universe. That's only the Buffy to be found in the Comic Book Universe. Therefore, in that time period Buffy's work could have become exposed to the notice of the general public.

And as happened in the TV Universe with such characters as the Brady family, the crew of the starship Enterprise, and the Time Lord known as The Doctor, maybe an unscrupulous producer decided to take advanatage of the situation and create a TV show about Buffy Somers. (In some of those other cases, their stories would have been turned into a movie. But Annie said "on 'Buffy'", a phrase used for TV show references. With movies, most people would say "in 'Buffy'".)

For the TV show within a TV show that is 'Buffy The Vampire Slayer', there could have been a "fictional" werewolf named Nina - one who had no connection to the "real" Nina as seen in 'Angel'.
BCnU!
Posted by Toby O'B at 1:11 AM

It could have been Spike that sold the story to Hollywood. He did return to Los Angeles after the final episode of Buffy. He then was associated with evil law firm Wolfram and Hart, who no doubt had many Hollywood contacts. And Spike was always trying to make a quick buck.

Then again, Harmony went to work for the same firm as a receptionist and she could just as easily done the same thing. No doubt in her version, she would be the super-villain she envisioned herself to be.

Robert, it's always a pleasure to read your input. Thanks for fleshing out the theory!