AS SEEN ON TV: BARNEY FRANK 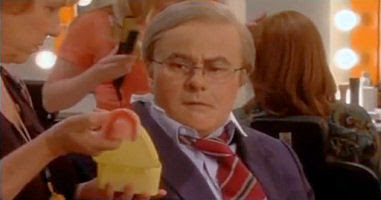 BARNEY FRANK
AS SEEN IN:
'State Of The Union'
AS PLAYED BY:
Tracey Ullman 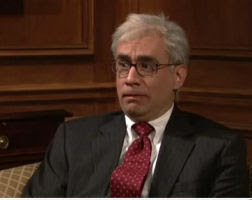 AS PLAYED BY:
Fred Armisen

Barney Frank (born March 31, 1940) is the United States House Representative for Massachusetts's 4th congressional district since 1981. He is a member of the Democratic Party. In 1982, he won his first full term, and he has been re-elected ever since by wide margins. In 1987, he became the second openly gay member of the House of Representatives, and he has become one of the most prominent LGBT politicians in the United States.

Frank became the chairman of the House Financial Services Committee in 2007 after the Democratic Party won a majority in the House. The committee oversees the entire financial services industry, which includes the securities, insurance, banking, and housing industries.

Frank is known for his quick wit and self-deprecating sense of humor. He is also widely considered to be one of the most powerful members of Congress. Josh Gottheimer describes Frank as "one of the brightest and most energetic defenders of civil rights issues."