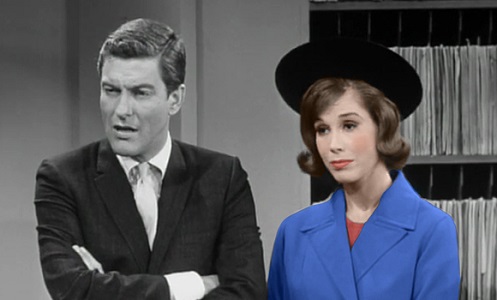 "Today beloved icon Mary Tyler Moore passed away at the age of 80 in the company of friends and her loving husband of over 33 years, Dr. S. Robert Levine," she said. "A groundbreaking actress, producer, and passionate advocate for the Juvenile Diabetes Research Foundation, Mary will be remembered as a fearless visionary who turned the world on with her smile." 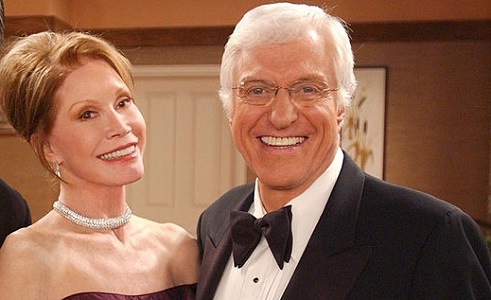 As part of my salute to female TV characters in the 2000 Class of the Television Crossover Hall of Fame, Mary Richards was inducted as my Birthday Honors List member.  "Mayr" was eligible on her own merits - appearing in three sitcoms and a TV movie with yet another TV series spinning off from 'The Mary Tyler Moore Show'.  But I'm self-centered and I couldn't think of any other TV character I would have wanted to share my birthday with than Mary Richards.

Well.... There is one other.  Laura Meehan Petrie. 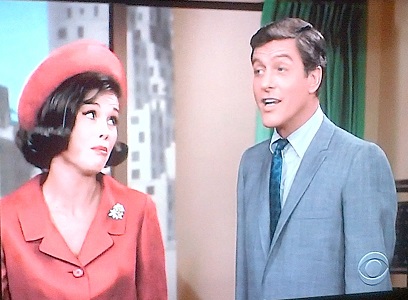 I've got candidates lined up for entry into the TVXOHOF to last the next five years.  I don't even know if I will last that long!  And the plan was to induct Rob and Laura Petrie into the Hall next June as the duo for the month of Gemini.  Sadly, the news about Mary Tyler Moore has changed all of that.  And of course, as was the case with Ilya Kuryakin and will be with Officer Jim Reed, how could Laura enter the Hall without her partner, Rob Petrie? 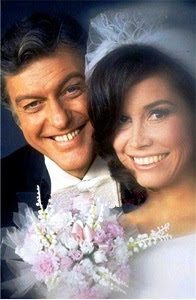 The Petries of Bonny Meadow Road in New Rochelle had a solid block of episodes in 'The Dick Van Dyke Show' which became a cultural milestone often referenced in other TV shows.

(It was called the "Camelot of Sitcoms" for a reason.)  Luckily, those "Zonks" can be splained away - within the TV Universe, future Hall member Alan Brady bought the rights to Rob Petrie's autobiography and turned it into a sitcom starring himself.  (Brady later reworked the premise and the new series starred the televersion of Dick Van Dyke who bore an incredible resemblance to Petrie.) 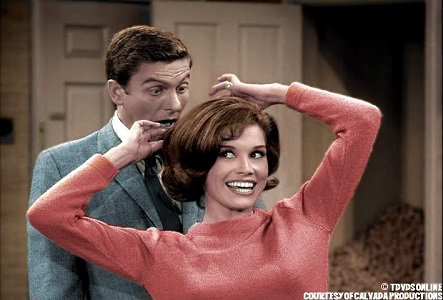 A few years later, Rob and Laura showed up again in the greater TV Universe, in Skitlandia.  In 1969 DVD & MTM were re-teamed in a special entitled "Dick Van Dyke And The Other Woman" which seemed to be predestined.

Big shocker for this 14 year old in the sketch - Richie Petrie had grown up to be gay!  It was my first exposure to the maturity that television would soon be embracing.

Decades later, the Skitlandian Rob and Laura showed up again in an episode of 'The Mary Tyler Moore Hour' in two sketches:

But if you think I'm just being sentimental and not being a stickler for the rules (that a strict reading would insist on all three requirements come from Earth Prime-Time and not from alternate Toobworlds, then here you go:

Those blipverts are as much a part of the main Toobworld as any episode of the show itself.  It's no different than any product placement excerpt you can find in TV shows from today.  (And one day, Richie can enter the TVXOHOF himself because of the Crest commercial.)

The Petries were last seen in a TV reunion movie, "The Dick Van Dyke Show Revisited", in which Alan Brady brought back his writers Rob and Sally Rogers to come up with the perfect eulogy salute to him.  (Sadly, Buddy Sorrell, Dr. Jerry Helper, and Mel Cooley had already passed away.)  The Petries now lived in Manhattan in an apartment so huge that Laura was able to conduct dance classes in it, including her grand-daughter as a student. 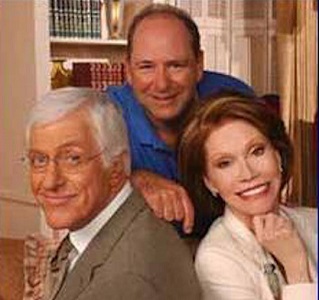 (It could be that Richard ROSEBUD Petrie was gay in the main Toobworld as well - not that there's anything wrong with that.  But at least in Earth Prime-Time he had a daughter.)

So with the TV series, the TV sketches, the reunion movie, and all of those references in other TV shows which validated their existence in the main Toobworld, Rob and Laura Petrie deserve to bring their Camelot personalities into the Hall of Fame. 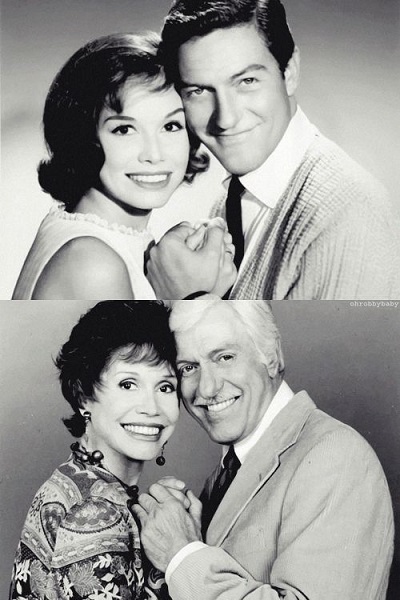 I will always love Mary and the characters she gave to Toobworld.  Earlier i admitted I was selfish and this is proof of it - with this induction, I get to keep both "Mayr" and now Laura in my little realm of Toobworld.  And Rob is an added bonus who joins his look-alike Dr. Mark Sloan in the Hall. 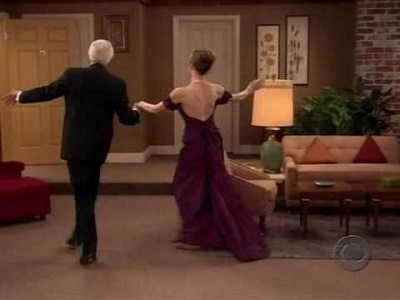 Just beautiful. I knew this one would have to be good but lord.