A STITCH IN PRIME-TIME 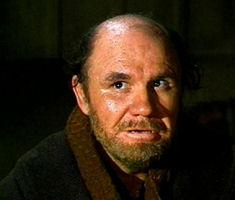 Every so often a TV character comes along who can link a lot of TV shows together, even if only theoretically, and sometimes with just one appearance. Two of the greatest - probably THE greatest! - were Archibald Beechcroft from the 'Twilight Zone' episode "Mind And The Matter", and the Gallifreyan Time Lord known as The Master, as seen in 'Doctor Who'. And with them, it wasn't theory, but definitive - both of them became every single person alive on Earth Prime-Time at one point in their lives. Everybody from Archie Bunker to Zelda Gilroy. As such, the Master and Mister Beechcroft could link thousands of TV shows from all over the world.

Another such character was the demon Mr. Sweet, from the "Once More, With Feeling" musical episode of 'Buffy The Vampire Slayer'. He was able to turn everybody's life into a musical number, often with tragic results. But Toobworld Central now uses him as the reason why various TV series were either musicals ('Hull High', 'Cop Rock') or had musical episodes.

Now a new character has come to my attention, although his contribution is still theoretical and, like Mr. Sweet, on a much smaller scale. When I say he's a new character who has come to my attention, I mean he's only "new" in that I'm finally seeing him in this light, as I first saw him when he showed up for a single episode of 'Cybill' back in the 1990's. And it was more like he came back to my notice because the actor who played him, the great character actor R.G. Armstrong, recently passed away......

When it came to the stuntmen who worked on the fictional movies and TV shows of Toobworld, Stitch Sullivan was truly a legend in Hollywood. Born in 1917 like the actor who portrayed him, Stitch was active in the business at least into the 1990's, having begun back in the 1930's. 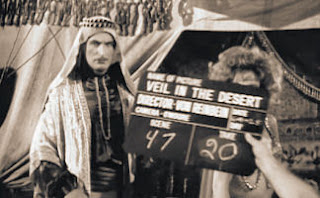 Stitch may have become fascinated with the movies by seeing silent movies as a young boy, like 1925's "A Veil Of The Desert" starring Viola Normandy and Valentine Rudolfo. (In the previous Toobworld timeline, the movie starred a certain Martian known then as Mark LaMartin... before he changed History.) 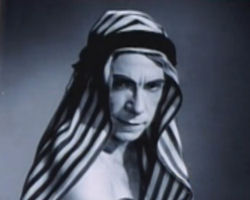 But the real reason why Stitch became a stuntman - in fact, why any man would risk the dangers of the profession - was simple: "world class Hollywood nookie." However, I'm not sure I want to make such a sweeping generalization because it might sully the reputation of the stuntman/actor who could have been Stitch Sullivan's mentor - Mark McCain, who got his start in 1906 by playing the first film incarnation of the Lone Ranger. (The "real-life" Lone Ranger - who looked like an actor named Clayton Moore - was played on Toobworld TV by Jon Hart.) 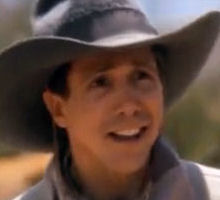 Jeff Robbins, the ex-husband of actress Cybill Sheridan, held Stitch Sullivan to be his mentor, and I would not be surprised if stuntmen and stuntwomen like Colt Seavers, Jake Rozzner, and Pat Devon - and even somebody who was a little of both like "Iron Man Carmichael"! - learned a trick or two from Stitch.

I think his career primarily focused on Westerns - getting shot off roofs, falling off out-of-control stagecoaches, getting trampled in stampedes. I'll bet the "Wilhelm Scream" within the reality of Toobworld was liberally applied to his characters over the years. (Outside of fictional movies and TV shows, the Wilhelm Scream is the exit cry of Redjac when it leaves a human host.)

To have become a legend among stuntmen, Stitch Sullivan may have participated in the filming of every fictional oater, be it for TV or the big screen, ever mentioned in TV shows. 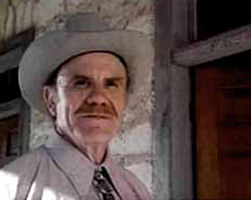 Here is just a partial list of possibilities:
But Stitch Sullivan could have been in other movies as well, perhaps in a few action flicks with 'Movie Stars' like Reese Hardin and Rance McGrew. He could even have been a stunt double for Quirt Manly, unlikely as that may sound...... 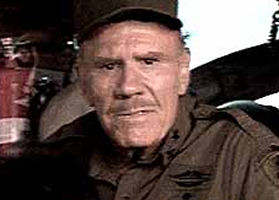 I wouldn't be surprised if he also worked on the sci-fi horror monster movies that were popular during the 1950's, like "The Monster That Devoured Cleveland", which was the favorite flick of Maynard G. Krebs.

Among these low-budget films could be: 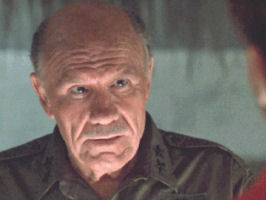 Stitch could have been in charge of the stuntmen needed for such action flicks as:
And there had to be a few war movies, like: 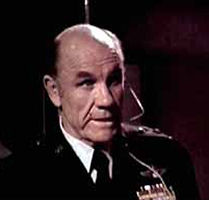 In his later years, dangerous stunts would have been beyond his abilities - after all, when we saw him visiting Cybill Sheridan, he was in a wheelchair. But that would not have prevented him from still taking on small roles in other movies, some even family-oriented...... 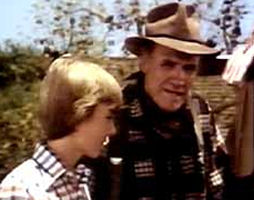 And perhaps even in a sexy little indie called "Wild Women Of Malibu"......

I think his services would have come in handy during the production of at least a handful of Toobworld TV series over the decades: 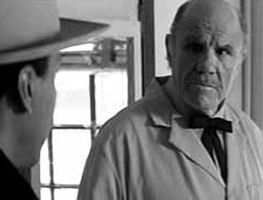 As I said, these are all theoretical, unlike the cases with the Master and Mister Beechcroft. But that's all part of the fun with the Toobworld concept. And even though the actor who played Stitch Sullivan has joined the Choir Invisible, we could add more old movies and TV shows to his resume as they are created for new TV series.

The role of Stitch Sullivan was played by long-time character actor R.G. Armstrong in only one episode of 'Cybill' ("See Jeff Jump. Jump, Jeff, Jump!") And this serves as my tribute to the man, who died last week.

A Toobworld Note: All of the pictures of R.G. Armstrong come from movies, not TV shows.  The roles he played on TV are frozen as those characters he played and should not be applied as "echoes" within the Toobworld reality.  But pictures from outside the TV Universe are fair game for this sort of fan fiction......