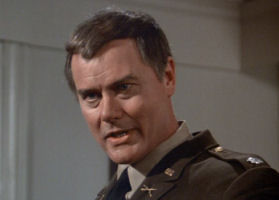 
Ed Pace [is] the man who recruited [David Spaulding] to the intelligence services. 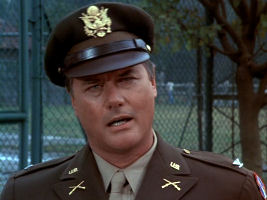 I like my TV characters to have shades of gray to them; all good or all bad - boring!

Ed Pace was basically a decent man, considering the business he was in. And he protested using David Spaulding to be the agent who would oversee the exchange of the industrial diamonds for the gyroscopes made by the Germans. He especially didn't like that David would not be told the truth about the deal - Spaulding would go into the meetings thinking that the exchange would be for money, not the diamonds (which were needed for production in Germany's war efforts.)

Voicing that concern is probably what marked Ed Pace for assassination. After he was killed, it was mentioned that he did have a wife, but it is unknown if he had any children by her.

Toobworld Central, however, has a theory - Ed Pace had three sons, but none of them with Mrs. Pace.

Edmund Pace was born in 1897, making him 46 when we first met him. I don't know if he was married in his early thirties, say, in 1930, but I think he had affairs with three different women. And each of his mistresses gave birth to a son who would grow up to look like him. 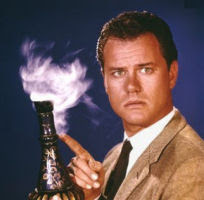 ANTHONY NELSON - Actually, I think in this case we can argue that Anthony Nelson was Ed Pace's legitimate son, but from Pace's first marriage. This is what the first Mrs. Pace looked like by the 1960's: 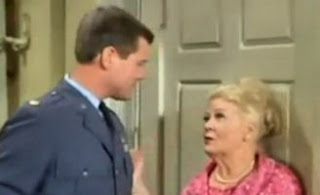 Although as you can see by this next photo, she went on a strict diet regimen, got a face-lift and her hair dyed. The man sitting with her at the wedding of Anthony to Jeannie is her second husband.  Mr. Nelson adopted Tony and raised him as if he was his own son. 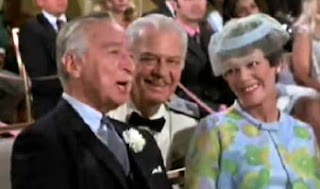 While Pace was married to Anthony's mother, they were in Canada when the contractions set in, so they had no choice but to hunker down in Fowler's Corners, Ontario, to await his birth.

At that time, the Paces lived in Bridgeport, Connecticut, and after her second marriage, Mrs. Nelson lived there until the end of her days.

Instead, Edmund Pace - a career soldier in the military as an intelligence officer - would have been sent wherever he was needed in the country, and even overseas. In fact, living in Bridgeport, Connecticut, might have been the perfect cover to keep him out of scrutiny.

Later, during the war, Colonel Pace could have used a visit back to Bridgeport to visit his son as a cover story when he first approached David Spaulding to become an operative.  And years later, Tony Nelson would follow in his birth father's footsteps by also joining the military.  His service in the Air Force would lead to him becoming an astronaut. 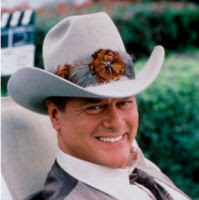 J.R. EWING - Pace's work would also have taken him to Dallas, and there he must have romanced Miss Ellie Ewing while her husband Jock was all too often away on business of his own. This would help to splain why J.R. doesn't look very much like his brother Bobby, who would be the natural son of Jock Ewing...... 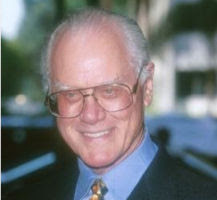 LUTHER CHARBONNET - And then there was that trip to New Orleans, probably during Mardi Gras,  which led to a drunken liaison with the mistress of the Charbonnet family. Nine months later, little Luther was born, who would grow up to be a powerful and very shady judge on the 'Orleans' circuit.

This idea that three characters who all looked suspiciously like an actor named Larry Hagman were half-brothers is not new for Toobworld Central. Only the first time it was presented, the guilty party was Jock Ewing from the Southfork ranch outside Dallas. But although Jock might have had reason to travel to New Orleans on business, what could have been the reason to go to Bridgeport, Connecticut?

Anyway, if there is to be such a strong resemblance between these three men for this theory of relateeveety, shouldn't their pappy also carry that basic tele-genetic code? 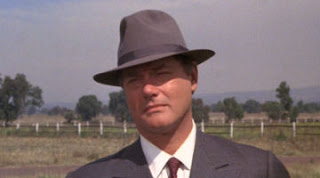