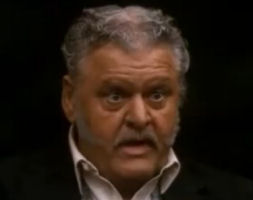 AS SEEN IN:
"The Gambler IV: Luck Of The Draw"

AS PLAYED BY:
Dion Anderson

When I used to run a feature called Today's Tiddlywinkydink (a reworking of the "news items" reported by Connecticut's broadcasting legend Bob Steele), a blog post about Diamond Jim ran as one of the last of the daily Tiddlywinkydiinks.

And this serves as yet another offering in our salute to 'The Rifleman' since both Lucas and Mark McCain showed up in this TV Western love-fest.......

Gene Barry also played Diamond Jim Brady, in Fantasy Island episode 5.8 Lillian Russell, opposite Phyllis Davis as a lady (named Lillian Martin) who wanted to research Ms. Russell by going back in time to meet Ms. Russell but became her in the story, and the third member of the triangle was Craig Stevens as Peter Whiting. Naturally, in the Gambler tv-movie, Barry couldn't recreate the role of Brady because he was busy being Bat Masterson.

Phyllis Davis was such a major babe, I can't believe I didn't pay her any attention. She did so much television back then... Anyway, Barry and Davis and Stevens were really good together, it was a great episode.