AS SEEN ON TV: A PAIR OF BIRTHDAY BOYS

Today is my brother Bill's birthday. And to celebrate, here are two historical figures - As Seen On TV, of course! - who share his birthday. 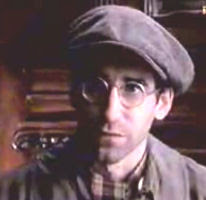 AS PLAYED BY:
John Lynch

From Wikipedia:
Seán O'Casey (Irish: Seán Ó Cathasaigh, born John Casey) (30 March 1880 in Dublin, Ireland; 18 September 1964 in Torquay, England) was a major Irish dramatist and memoirist. A committed socialist, he was the first Irish playwright of note to write about the Dublin working classes. 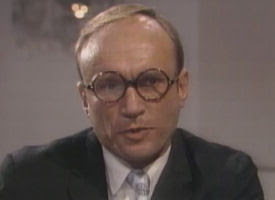 AS PLAYED BY:
James Olsen

From Wikipedia:
McGeorge "Mac" Bundy (March 30, 1919 – September 16, 1996) was United States National Security Advisor to Presidents John F. Kennedy and Lyndon Johnson from 1961 through 1966, and president of the Ford Foundation from 1966 through 1979. He is known primarily for his role in escalating the involvement of the United States in Vietnam during the Kennedy and Johnson administrations.