In an early episode of 'Happy Days', the oldest Cunningham sibling, Chuck, went out to play basketball.

There was no mention of him ever again on the show; in fact, Howard Cunningham once spoke of his two children (meaning Richie and Joanie) as if Chuck never existed.

This wasn't a unique case in Toobworld. People would disappear without splainin from TV shows many times over. And it would come to be known as the Chuck Cunningham Syndrome. But now we have a series that could provide a splainin for their disappearance. Well, we had a series - after four seasons and with no resolution, 'The 4400' was canceled by the USA Network.

'The 4400' referred to the number of people abducted throughout the last sixty plus years and then all suddenly returned just outside Seattle in July of 2004. All of them were still at the age they were when they disappeared.

If I had to hazard a guess, I'd say out of those 4400 returnees, we met (or just learned about) only 150 of them at best. That leaves a lot of wriggle room as to who those other returnees were.
So why not splain away those TV characters who disappeared without a trace as being members of 'The 4400'. 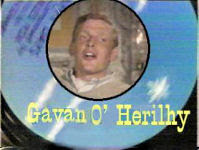 Of course, to remain true with the original casting, many of them could never have been seen on the show 'The 4400'. Chuck Cunningham disappeared over thirty years ago in Toob-time and Gavan O'Herlihy will have definitely aged during that time.

This also gives a splainin as to why Chuck's appearance changed once O'Herlihy was replaced in the cast by Randolph Roberts. It happened at least once in 'The 4400' that a character was replaced with a doppelganger by those who were behind the abductions. (Probably wanted to give themselves some lead time before his disappearance was noticed.)

Ric Carrot played Chuck in the 'Love, American Style' segment that served as the 'Happy Days' pilot ("Love And The Happy Days"). But we can just make that the counterpart for Skitlandia.

As for the appearance by O'Herlihy and Roberts on the 30th Anniversary Special for 'Happy Days'..... O'Bviously that series was set in the same alternate TV dimension which houses 'Hi Honey, I'm Home', where our TV shows are considered TV shows by other TV shows. (It's an evil place. Evil, I tells ya! Better stay away from there!)

Here are a few other missing TV characters we might consider to be members of 'The 4400':

Tina Pinciotti on 'That '70s Show' is revealed to be Donna Pinciotti's younger sister. After Fez hits on her she is never seen again. (More likely she was shipped off to school in another state.) 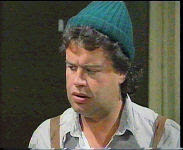 On 'Square One TV', the character Kate Monday disappeared after the third season and was replaced with Pat Tuesday. (But that could be a job transfer.)

Benny Hawkins, the slow-witted repairman on 'Crossroads', was last seen in 1987 climbing up a ladder to change a light bulb. (This situation sounds like a possible candidate!) 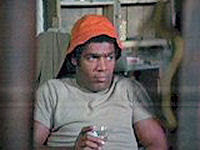 The first season of 'M*A*S*H' had several characters that were carried over from the novel and film of the same name, but subsequently dropped, including Spearchucker Jones, Ugly John, Lieutenant Dish, and General Hammond. (I like this as a mass abduction during the war!)

I suppose it could be argued that we should leave well enough alone; that we shouldn't risk the chance they might return to our TV screens......

(With all of that, I still believe Chuck Cunningham was probably murdered by his crazy-eyed sister Joanie!)
Posted by Toby O'B at 3:31 PM