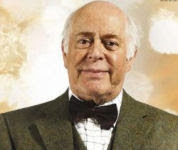 Now I find myself dreaming about Toobworld blogging.

It came to me in a dream the other day that I'd make a list of the aliens living on Earth - on Toobworld, of course! - and post it to Inner Toob. I think it's probably because I watched the 'Doctor Who' Christmas special again, this time on Sci-Fi, and then went off to nap before work. And at the end of "Voyage of the Damned", Mr. Copper of Sto took his leave of the Doctor with plans to spend the rest of his days living among the humans in a little cottage - thanks to his credit card worth over a million pounds.

So I've started this list of those aliens who lived among the human population: 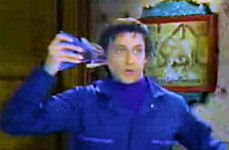 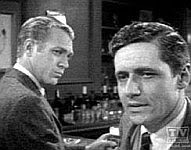 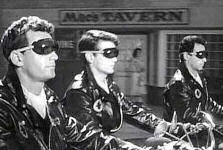 "The Black Leather Jackets" bike gang - 'The Twilight Zone'
[Many of the alien visitors in the various episodes of 'The Twilight Zone' may have been solitary visitors. Those who were part of scouting parties probably found reason not to invade this planet.)

Evie Garland (Anterian/Human) - 'Out Of This World' 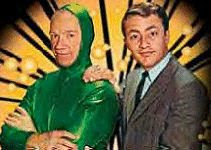 Ford Prefect - 'The Hitch-Hiker's Guide To The Galaxy'

Matthew Star
Walt Shepherd - both from 'The Powers Of Mathew Star' 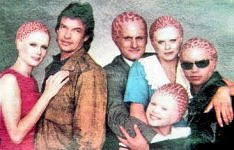 The Tenctonese - 'Alien Nation'
[Some of the Tenctonese may have opted to remain on Earth. But because we don't "see" them around anymore, as a whole they may have finally found a way to leave Earth and either go back to Tencton or to a new planet of their own.]

Mankind has never been free of aliens living in their midst in Toobworld. In fact, the human race wasn't developed purely on Earth without genetic intervention from other species.

In 2,000,000 BC, a Golgafrinchan spaceship crash-landed on Earth ('The Hitch-Hiker's Guide To The Galaxy'). It is assumed that the survivors eventually mated with the native inhabitants to produce the next evolutionary step in human development. (The results of which could probably be seen in the TV series 'It's About Time'.) 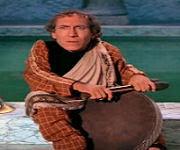 Around 400 BC, survivors of the Sahndaran system landed on Earth and became heavily influenced by the teachings of Plato ('Star Trek'). Before departings, some of them may have sired children on the human population. It's the Toobworld contention that one definitely did so, the dwarf Alexander. One of his descendants would be Dr. Miguelito Loveless ('The Wild, Wild West').

This is a work in progress. If you have any suggestions for additions to the list, PLEASE send them along!

What about Gordon Shumway of Melmac, or the Coneheads of Remulac?

I guess I was focused on those aliens who could (almost) blend in. But Gordon Shumway is a good choice!

Now, with Coneheads, they fall into that multi-verse category - Skitlandia, the Tooniverse, and the movie universe. But I don't think they've shown up in the main Toobworld yet.