THICKE IN THE SAND 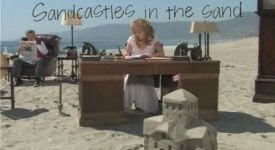 New week, new League of Themselves appearances! And 'How I Met Your Mother' struck with two! 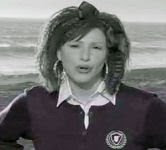 The 80s pop princess Tiffany appeared as herself in Robin's video "Sandcastles In The Sand" (which Robin made in Canada when she was known as Robin Sparkles). Tiffany's appeared on a lot of variety programs and talk shows, but as Monty Python would say, Where's the sport in that, eh? (She also appeared in an episode of 'Out Of This World', but I'm not sure whom she was portraying.)

And then there was Alan Thicke who, like Tiffany, appeared in the video as Robin's disapproving Dad. (He sort of reminded me of a very Disneyfied version of Danny Aiello in Madonna's "Papa Don't Preach".)

This marks Thicke's fourth televersion of himself in a fictional storyline. He also showed up in 'Joey', 'Hangin' With Mr. Cooper', 'Just Shoot Me', and in 'Hope & Gloria' in which he was already appearing as talk show host Dennis Dupree!

So he's a lock someday for the TV Crossover Hall of Fame!

If you haven't seen the episode, it's called "Sandcastles In The Sand". There was a lot of pre-publicity about that Robin Sparkles video.

Well, that episode should have been titled "The MacGuffin". 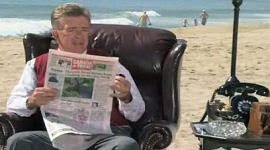