FBI Agent Will Preecher:
"Do you know who caught the case over at the 11th squad?"
FBI Special Agent Jimmy Flynn:
"My nightmare scenario."
'Big Apple'

If you don't read the comments on my posts, you'd never find out that my crossover compadre RAF - who makes a compelling case for linking over 330 shows together! - added more TV series to the NYPD's 11th Precinct. 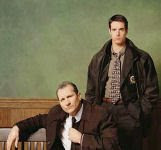 I pointed out that it was home to Detective John Amsterdam of 'New Amsterdam' and Detective Sara Pezzini of 'Witchblade'. And RAF clued me in that it also was the setting for 'Big Apple', where Detectives Mike Mooney and Vincent Trout stumbled into an FBI operation during an investigation which led to the two groups working uneasily with each other. 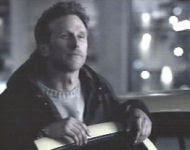 RAF also pointed me towards "Slayer", an episode of 'Brimstone' in which a deceased cop whose soul had gone to Hell goes to work for the Devil to retrieve escaped souls. Ezekiel Stone's quarry this time out was Hasdrabul Skaras, an ancient Carthaginian who targeted the widows of police officers from the 11th.

RAF also showed me how that final episode of 'New Amsterdam' gets locked into the larger picture - one of Amsterdam's suspects had a pack of Morley's Cigarettes! This is a quintessential prop in so many TV series: 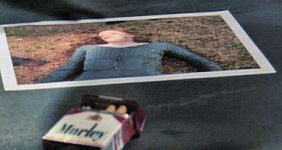 [Check the Wikipedia entry for Morley's Cigarettes to find out more about each appearance.]

So as far as Toobworld is concerned, 'New Amsterdam' went out with a bang. Combined with his possible family links to other TV characters throughout the years, John Amsterdam may well be considered an integral member of the TV Universe.