SPLAININ TO DO - THAT PIXELATIN' RHYTHM 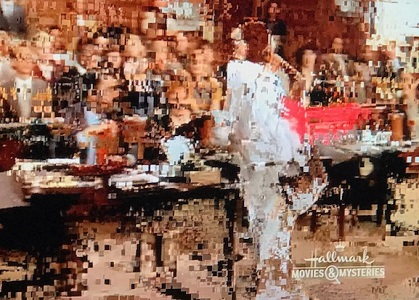 Recognize that show pictured above?

I have this O'Bsession in finding splainins for everything I see on TV - casting changes (recastaways), disappearing characters, talking food, the Wilhelm Scream, whatever.

I've been thinking about another one lately.

I don't have the greatest cable service here along Still River.  Every so often, the picture gets all blooey (like my technical terms?) and freezes up, becoming pixelated.  As I'm seeing it on my TV during a show, then - following the basic rule of Toobworld, that if it's on TV then it's part of the TV Universe - it's part of the action in which it was seen.

It's my theory that the pixelation is part of the temporal backwash caused by someone or something traveling through Time.  It only momentarily affects the persons in the area and they don't even realize that it's happening.  It doesn't send them back (or forward) in Time, but it can freeze them in stasis for a few moments.

So in thinking that way, I'm less annoyed by the disruption caused by the pixelations.

I'm not saying this is caused just by that most famous of Time travelers, the Doctor.  If I did, I'd save this post for my annual 'Doctor Who' blogathon on January 1st, "Who's On First".  As most of the examples which I've collected so far are set in the United States, I can lay the blame on characters from other shows like 'Time Tunnel' 'Quantum Leap', 'The Twilight Zone', 'Timeless', 'Legends of Tomorrow', etc.  (I think 'Primeval' can be laid at the Doctor's feet.)

As you can see, some of those examples are from alternate TV dimensions.  At least one of them began in Earth Prime-Time ('Timeless'), but then - due to alterations to the timeline - created many other worlds.

Here are the examples I've collected so far:

First off, the one that got me thinking about this phenom in that alternate universe - 'Matlock'. 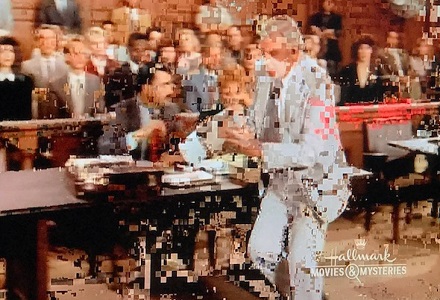 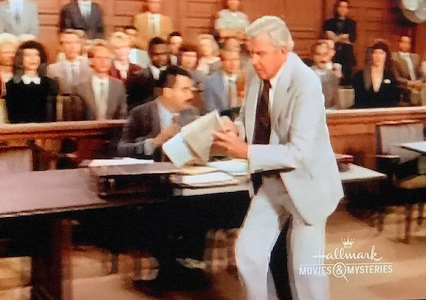 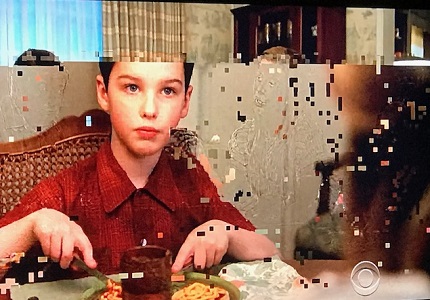 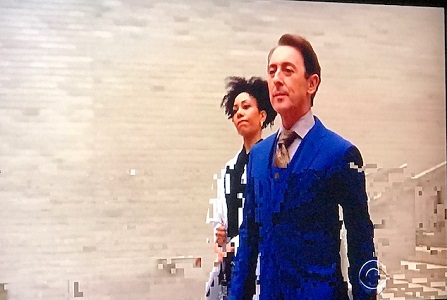 'THE LATE SHOW with STEPHEN COLBERT' 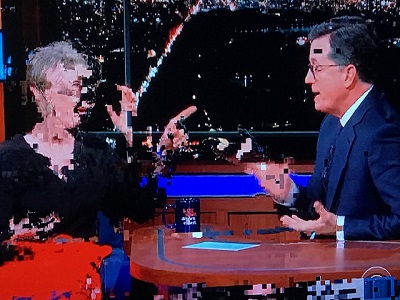 And as for some other shows in which we might find examples of temporal distortion caused by the Doctor: 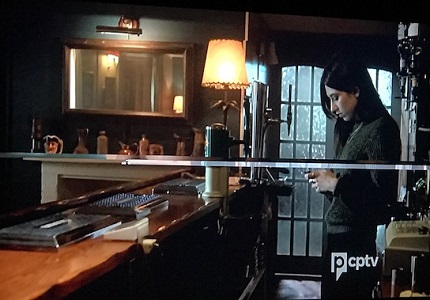 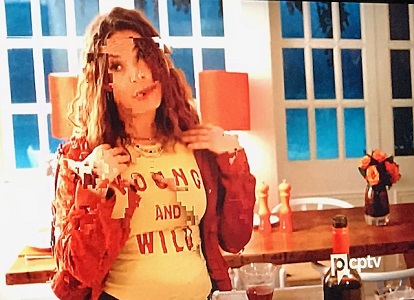 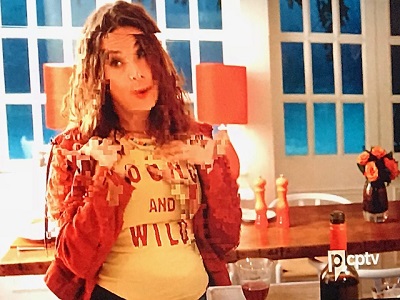 I may return to this topic during the "Who's On First" blogathon with more examples.  I'm sure I'll be collecting plenty more of them before the end of the year! 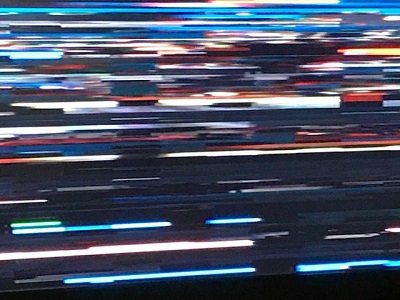 Labels: As Seen On TV, O'Bservations, Splainin 2 Do, Toobworld Central, Toobworld Timeline, Who's On TV, Zonks

"Listen: Ben Matlock has come unstuck in time . . . " Well, at least that's how Kurt Vonnegut wrote it in that alternative universe!