THURSDAY'S THEORIES OF RELATEEVEETY - TWO BY TWO IN FRISCO'S CHINATOWN


A post like this might be expected on a Tuesday, as we're going for a "Twofer" theme.  But it's all about two theories of relateeveety - separated twin brothers in San Francisco and Los Angeles - so we're publishing it on Thursday, as usual for such theories. 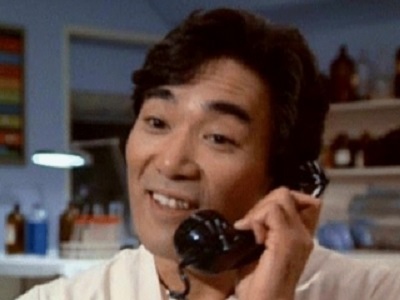 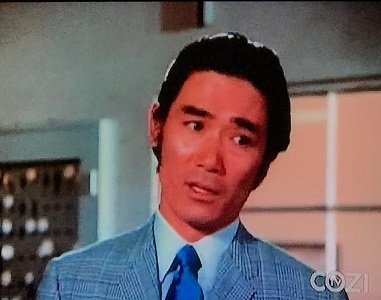 Dr. Sam Fujiyama was a deputy medical examiner who spent most of his career in the lab at the County Coroners' department who assisted Dr. R. Quincy.

At the beginning of the Great Depression, Sam's father began traveling up and down the Pacific Coast in search of work.  He finally found it driving a truck route from San Francisco back down to Los Angeles  It was while he was in the City by the Bay when Sam's father met a woman of Asian descent and fell in love, even though he was already married.

As ALWAYS happens in my theories of relateeveety, his paramour became pregnant around 1931 and passed off the resulting child as that of her own husband, Mr. Ikiski.  That child grew up as James Ikiski.  He joined the San Francisco Police Department and worked at least once with consultant Chief Robert T. Ironside on a case.

As often is the case with such examples of "Identical Cousins", Sam and Jim looked exactly alike. 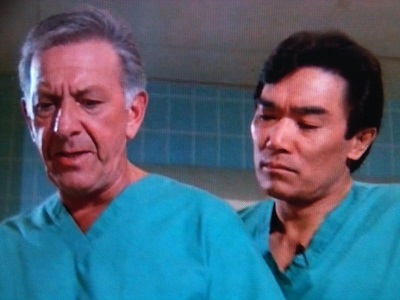 Unless Quincy and Sam had a case which took them to San Francisco, it is unlikely either Sam or Jim learned of the existence of each other. 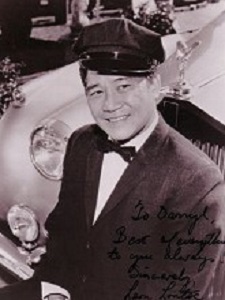 Two years after the 1906 earthquake in San Francisco, which killed such Old West luminaries as Bart Maverick and Artemus Gordon, and master English spy Sir Colin Raleigh, great-grandfather of Sir John Raleigh (code-named "Steed"), the former manservant to the crusader known in Frisco as "Paladin" (real name: Hector Ramsey) fathered twins.  We know the name of one of them, but not for the other.

Woof!  That was quite a run-on sentence in there!

The first-born, oldest by only a few minutes, was named Henry.  Once he grew older, he moved to Los Angeles where he found employment as a chauffeur for the multi-millionaire Amos Burke, who was a captain in the LAPD homicide department.  At some point Henry married and started a family, having at least one son who was named after him.  But it's likely he divorced soon after and became detached from his family.  He then moved in with Captain Burke to become his manservant as well 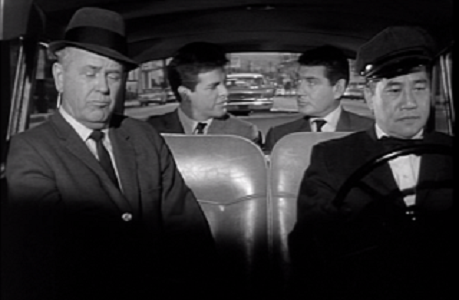 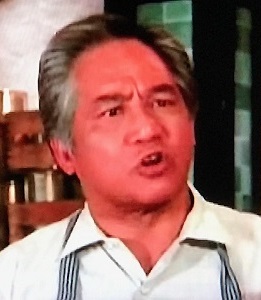 Meanwhile, his twin brother remained in San Francisco where he became a green-grocer in Chinatown.  We in the Trueniverse audience only saw him once, when Chief Ironside's ward Chong Lee went shopping for vegetables to make dinner for her "father".  Maybe it was a bad day for him; maybe Chong Lee rubbed him the wrong way (without a happy ending.)

Or it could be that he had always been surly, soured on life, perhaps brought on by his tiring line of work and dealing with people.  At any rate, he angrily haggled with Chong Lee over the price of the vegetables she wanted to buy: one dime! 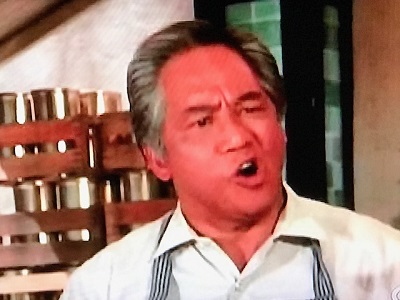 It won't be the last time we will find "identical cousins" in San Francisco....