Every so often, a movie from the Real World becomes a stand-in for a fictional movie.  Here are some examples. 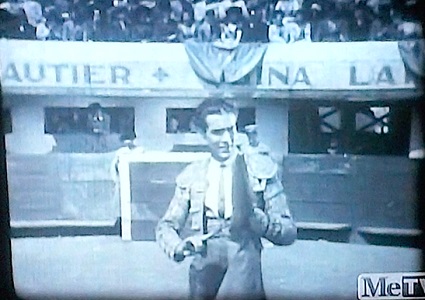 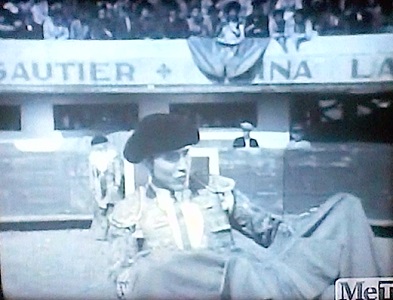 In the beginning of the episode, Ricardo Montalban who plays Louis Montoya is watching what is supposed to be an old clip of himself as a young matador. The clip he is watching is actually from the movie Santa (1943) in which Montalban plays a bullfighter.

2]
'DOCTOR WHO'
"THE IMPOSSIBLE ASTRONAUT" 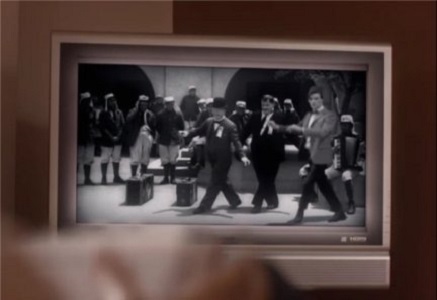 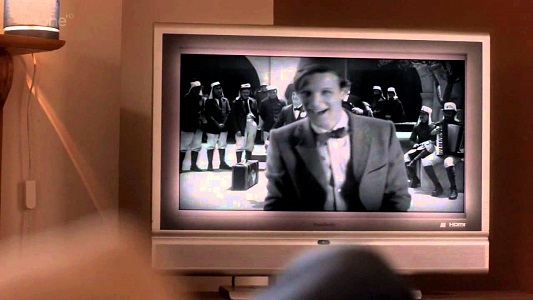 The Laurel and Hardy film "The Flying Deuces" (1939), in which the Doctor intruded, was done by Matt Smith dancing in front of green screen. 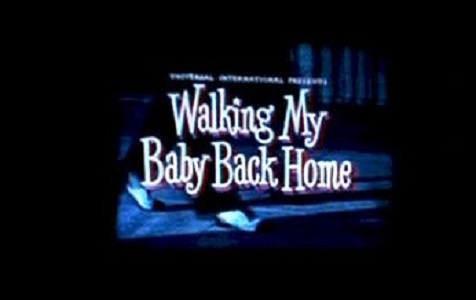 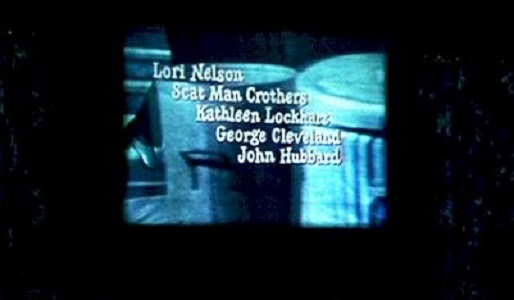 Janet Leigh's character Grace Wheeler refers to her role in "Walking My Baby Back Home" (1953) as Rosie. In reality, Leigh's character was named Chris Hall in that film but she did play a character named Rosie DeLeon in "Bye Bye Birdie" (1963). 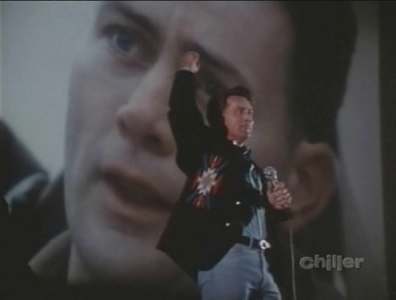 "The Execution of Private Slovik" (1974) (TV Movie)
Clip from the end of the movie is played at the beginning of the episode during the festival celebrating Paul Dano's work.


And now for something completely different....

5]
'THE ROCKFORD FILES'
"IRVING THE EXPLAINER" 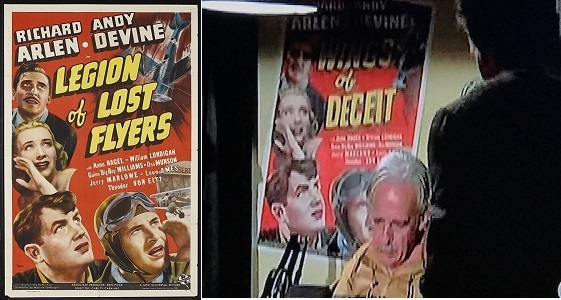 The poster for "Wings of Deceit" (starring Richard Arlen and Andy Devine), seen behind Buddy Richards, is a reworked poster for Arlen & Devine's "Legion of Lost Flyers".
And on a more personal note..... 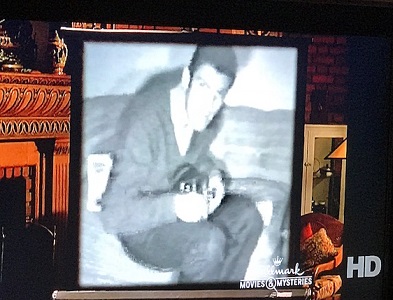 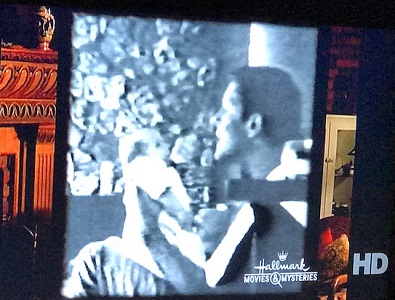 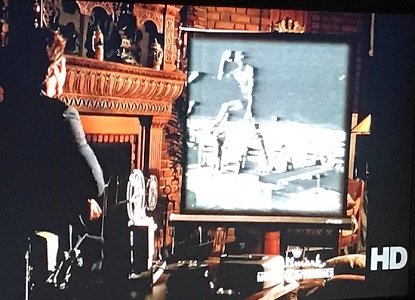 In this episode Dr. Mark Sloan has home movies of Steve as a baby. The home movies are actually Barry Van Dyke as a baby. Dick Van Dyke shot these home movies.
The italicized summaries are from the IMDb.  I wrote up the one for the poster.

Labels: Art of the Toob, As Seen On TV, Big Screen TV, Splainin To Do, Super Six List, TV Movies, Who's On TV, Wikipediaphile