TV-GPS: SPRINGFIELD AS A MISSING LINK ON THE MAP?

When Springfield was chosen as the location for 'The Simpsons', I think it was meant as a tip of the hat to the town in which the long-running TV family the Andersons lived in 'Father Knows Best'.  As with 'The Simpsons', no state was ever designated as housing the Andersons' Springfield, although many people believe it was in the Midwest.  One contributor to the IMDb thinks it was probably Sprinfield, Pennsylvania.  The reasoning?

But there are a lot of options when it comes to Springfield in America, with some states having more than one according to Wikipedia: 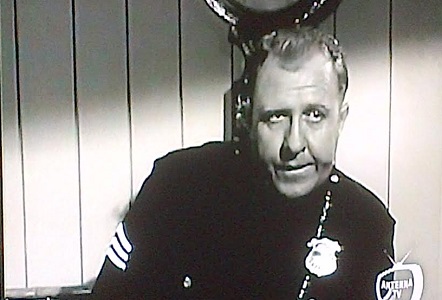 I'm throwing out the suggestion that it could have been Springfield, Massachusetts.  And I'm basing that on the 'Father Knows Best' episode "Bud's Encounter With The Law".  Actor Stafford Repp, best known for playiing Chief O'Hara on 'Batman', played Sgt. Rice in this episode.  Almost twenty years later he showed up again as a police chief in the 'Banacek' episode "Project Phoenix".

Thomas Banacek was an insurance investigator based in Boston, although the series took him all over the country.  In "Project Phoenix", an experimental new car was stolen off of a train flatbed car while the train was en route from Boston.  Repp's police chief worked in a town along the train route (which does not have to follow the routes laid down in the real world) and Banacek met with him in the woods along the train tracks. 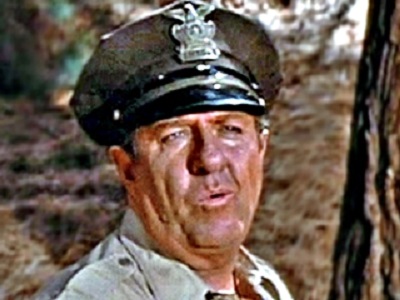 The Police Chief was never named, so I'm suggesting that after twenty years, Sgt. Rice rose through the department and finally was named as the chief of Springfield police.  And because that train was traveling through the Bay State, I think Rice became the Chief of Police in "Hoop City".

I think this is one of those times when such a declaration can never be proven or disproved.  But should more "evidence" arises from the show's trivia that it really has to remain in the Midwest, it's small potatoes.  I can just rework the theory so that Sgt. Rice left that Springfield and moved to the Springfield of Massachusetts, after accepting the job offer after applying to be their police chief.