From the Chicago Tribune:

Send out the clowns. The Big Top is coming down — for good.

On Saturday, officials of the company that owns the Ringling Bros. and Barnum & Bailey Circus announced that it will close in May, ending a 146-year run that dates back to a time before automobiles or airplanes or movies, when Ulysses S. Grant was president and minstrel shows were popular entertainment. 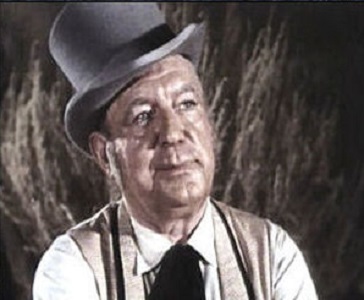 Phineas Taylor "P. T." Barnum (July 5, 1810 – April 7, 1891) was an American politician, showman, and businessman remembered for promoting celebrated hoaxes and for founding the Barnum & Bailey Circus. Although Barnum was also an author, publisher, philanthropist, and for some time a politician, he said of himself, "I am a showman by profession...and all the gilding shall make nothing else of me", and his personal aim was "to put money in his own coffers". Barnum is widely, but erroneously, credited with coining the phrase "There's a sucker born every minute".

Born in Bethel, Connecticut, Barnum became a small-business owner in his early twenties, and founded a weekly newspaper, before moving to New York City in 1834. He embarked on an entertainment career, first with a variety troupe called "Barnum's Grand Scientific and Musical Theater", and soon after by purchasing Scudder's American Museum, which he renamed after himself. Barnum used the museum as a platform to promote hoaxes and human curiosities such as the Feejee mermaid and General Tom Thumb. In 1850 he promoted the American tour of singer Jenny Lind, paying her an unprecedented $1,000 a night for 150 nights. After economic reversals due to bad investments in the 1850s, and years of litigation and public humiliation, he used a lecture tour, mostly as a temperance speaker, to emerge from debt. His museum added America's first aquarium and expanded the wax-figure department. While in New York, he converted to Universalism and was a member of the Church of the Divine Paternity, now the Fourth Universalist Society in the City of New York.

Barnum served two terms in the Connecticut legislature in 1865 as a Republican for Fairfield. With the ratification of the Thirteenth Amendment to the United States Constitution over slavery and African-American suffrage, Barnum spoke before the legislature and said, "A human soul, ‘that God has created and Christ died for,’ is not to be trifled with. It may tenant the body of a Chinaman, a Turk, an Arab or a Hottentot – it is still an immortal spirit". Elected in 1875 as Mayor of Bridgeport, Connecticut, he worked to improve the water supply, bring gas lighting to streets, and enforce liquor and prostitution laws. Barnum was instrumental in starting Bridgeport Hospital, founded in 1878, and was its first president.

The circus business was the source of much of his enduring fame. He established "P. T. Barnum's Grand Traveling Museum, Menagerie, Caravan & Hippodrome", a traveling circus, menagerie and museum of "freaks", which adopted many names over the years. Barnum died in his sleep at home in 1891, and was buried in Mountain Grove Cemetery, Bridgeport, which he designed himself. 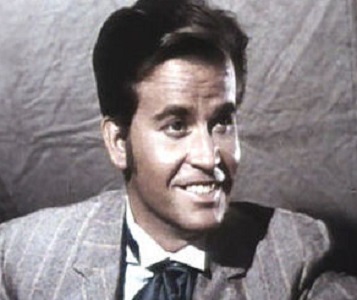 Orphaned at the age of eight, McGuiness was working as a bellhop in Pontiac, Michigan when he was discovered by Frederic Harrison Bailey (a nephew of circus pioneer Hachaliah Bailey) as a teenager. Bailey gave McGuiness a job as his assistant and the two traveled together for many years. James Anthony eventually adopted Bailey's surname to become James A. Bailey.

Bailey later associated with James E. Cooper and, by the time he was 25, he was manager of the Cooper and Bailey circus. He then met with P.T. Barnum and together they established Barnum and Bailey's Circus (for which Bailey was instrumental in obtaining Jumbo the Elephant) in 1881.

James Anthony Bailey was married to Ruth McCaddon of Zanesville, Ohio. He died of erysipelas. He is buried in Woodlawn Cemetery, in The Bronx, New York City.

PT Barnum, more than Bailey, has had enough appearances in TV programs so that Toobworld Central can share the wealth and spread them around a few TV dimensions.  The only ones from the list below who would remain in the main Toobworld would be the portrayals from 'Branded' and 'The Restless Gun' as Barnum interacted with characters from Earth Prime-Time.  And the difference in their appearances (Carson looked NOTHING like the real Barnum!) can be attributed to them depicted as the points of view of the main characters from both shows.

With the others, for the most part it doesn't matter which Toobworld they end up on.  But there will be O'Bservations posted for the exemptions.
O'BSERVATION: Malden only supplied the voice for this documentary, but he would have made for a reasonable facsimile of the showman.  This is why I included the picture. 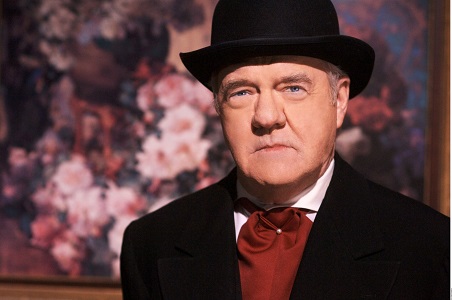 O'BSERVATION: i have yet to come up with a workable splainin for 'You Are There', but I don't think the CBS reporters actually found themselves back in Time where they could interview these historical figures.

I'm kind of sad that the circus will be no more but all things must pass.....