'THE BIG BANG THEORY'
"THE SKYWALKER INCURSION"
From the IMDb:

While cleaning out Mrs. Wolowitz's house, a ping pong battle ensues when Howard and Bernadette argue over the fate of his TARDIS.- Written by ab1995Howard, Bernadette, Penny, Amy and Raj are cleaning out Mrs. Wolowitz's garage and deciding what they should sell at the ensuing garage sale. Two of items found are Howard's TARDIS and a ping pong table, the latter which ends up being the battleground on what happens to the former, with a little psychology thrown in.- Written by Huggo 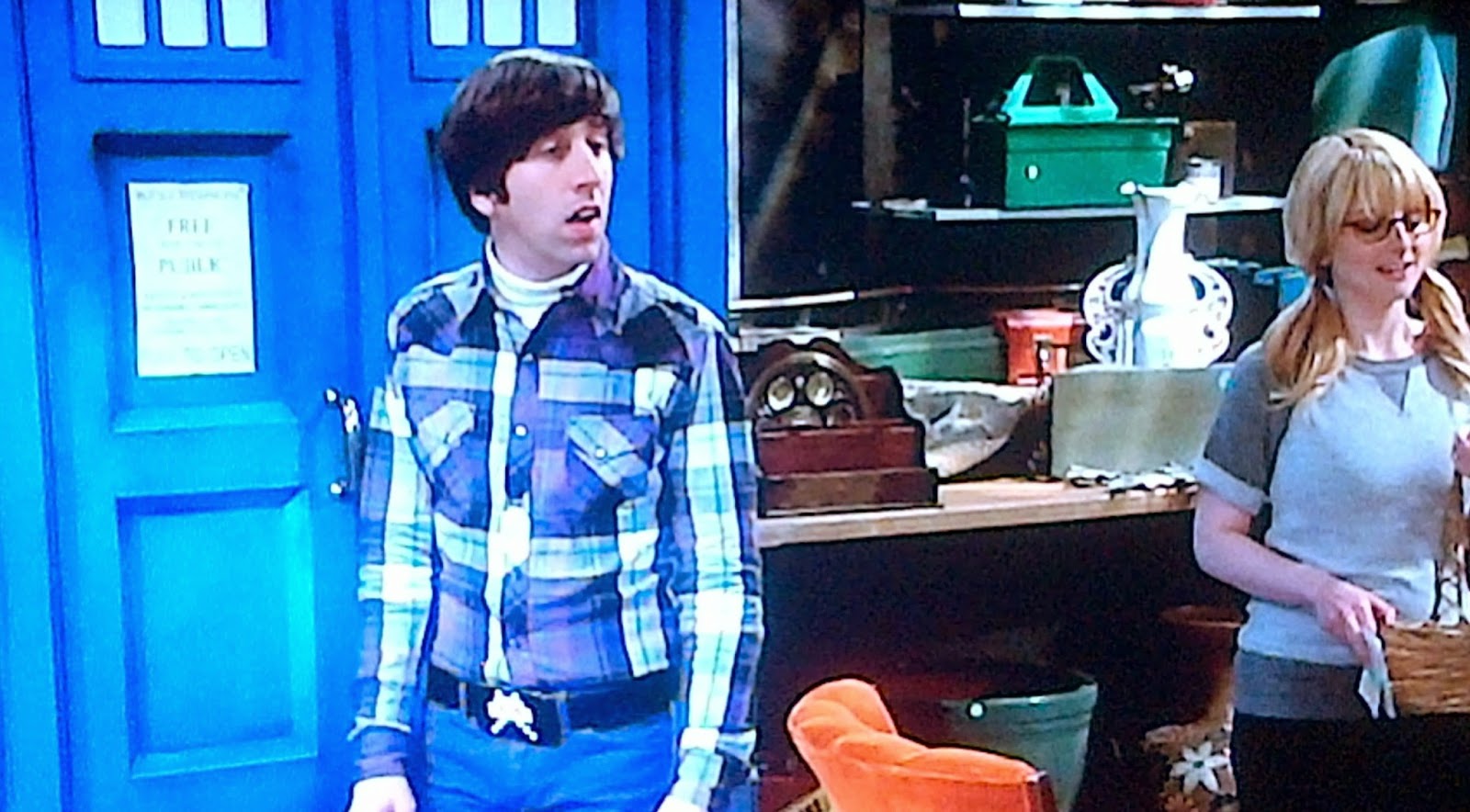 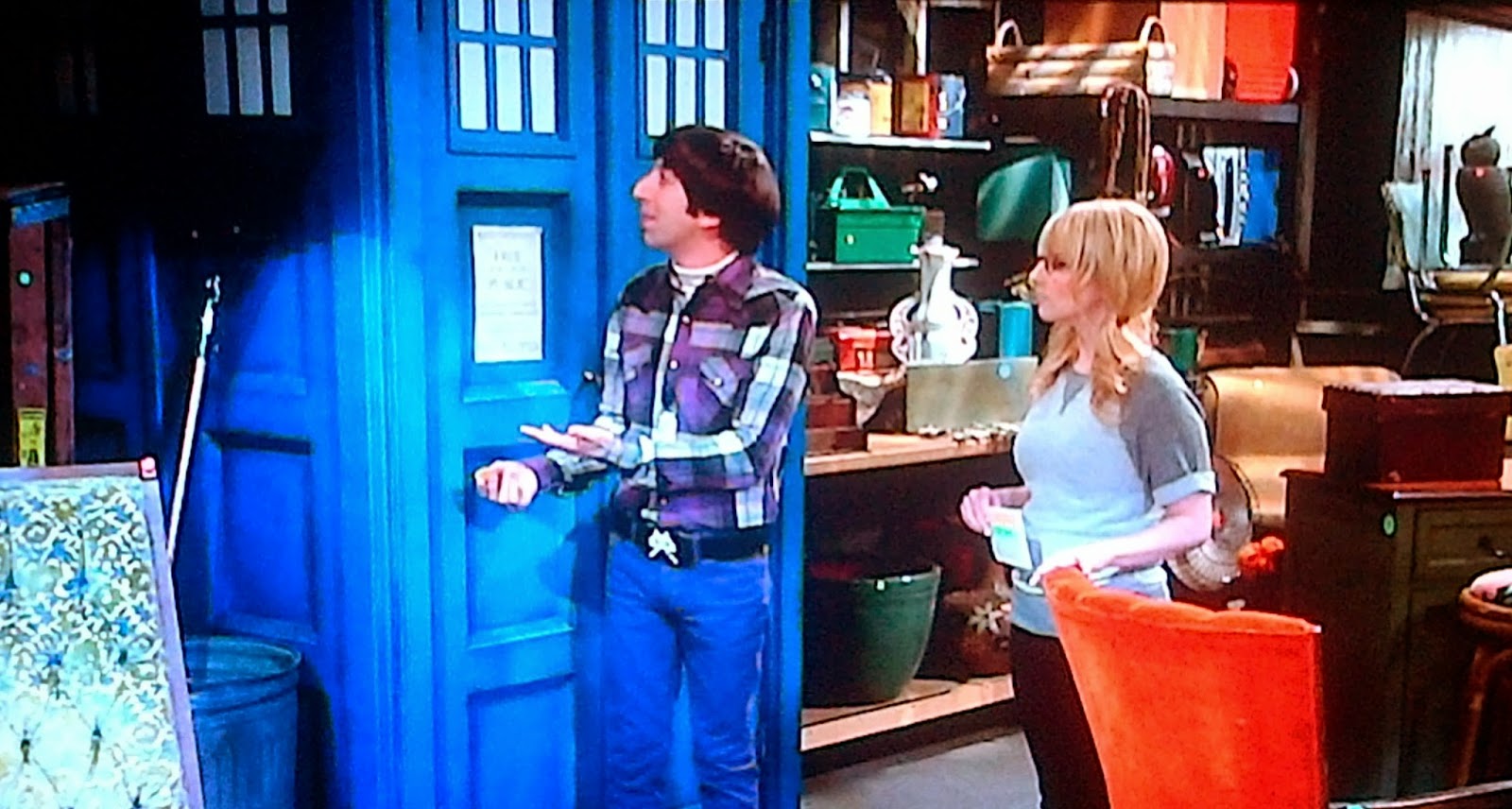 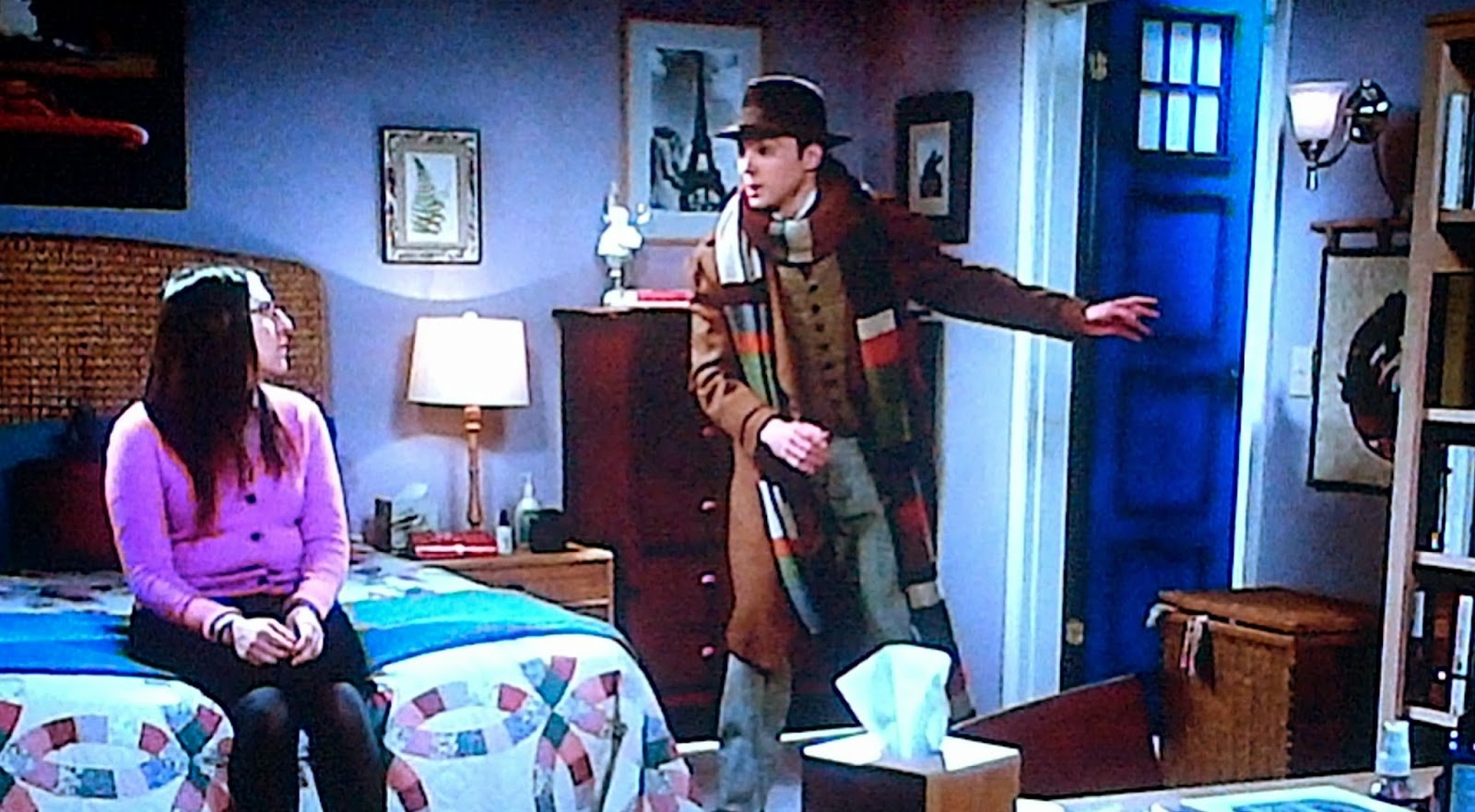 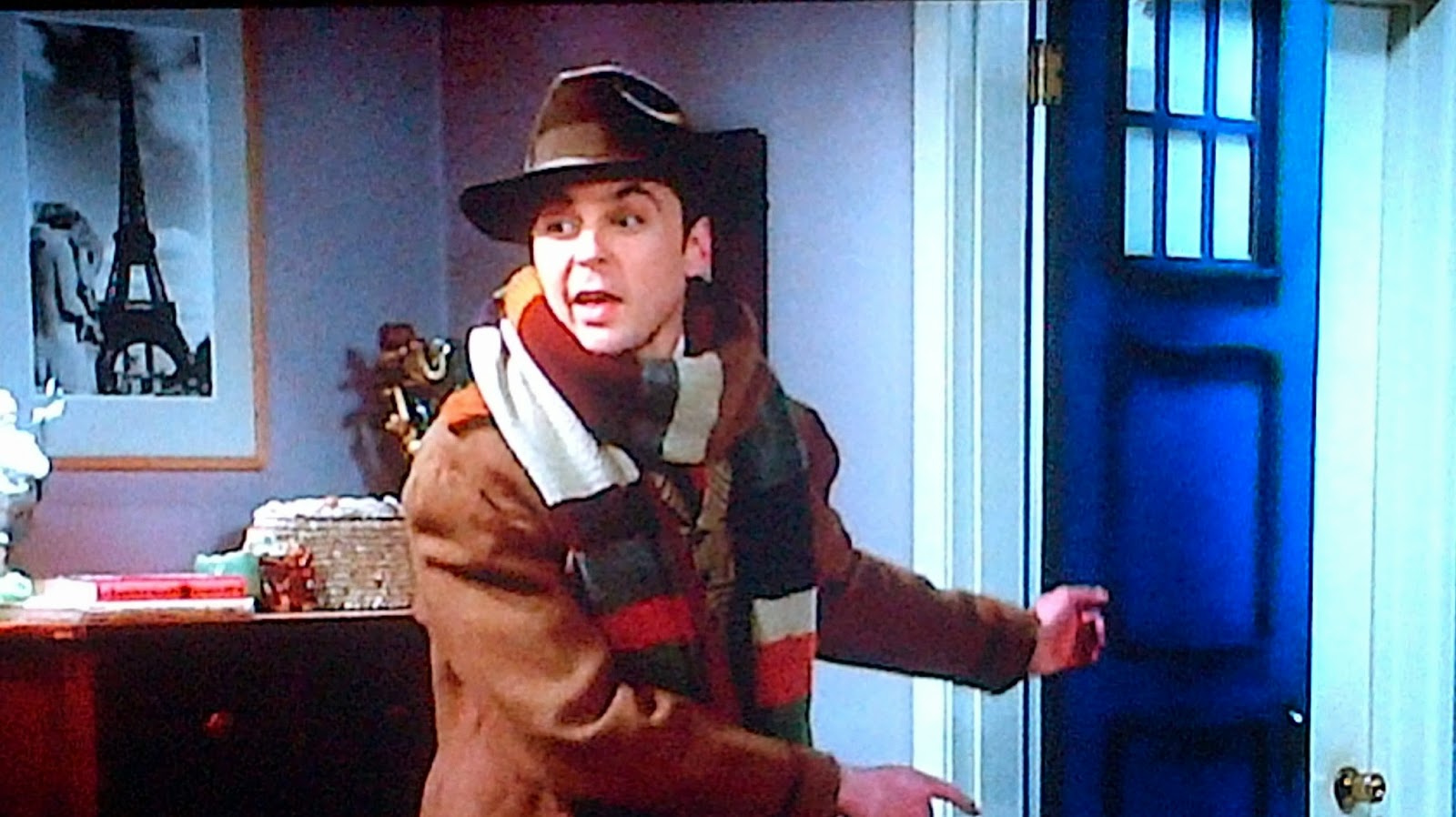 As you can see in the final picture, Amy had a picture of the Eiffel Tower in her bedroom.  I would not be surprised if Sheldon - who apparently favors role playing as the Fourth Incarnation of the Doctor - acted out the story of "City Of Death".

But whether or not he could have talked Amy into dressing up as Romana in her "Madeleine" phase.....?