AS SEEN ON TV: MORSE 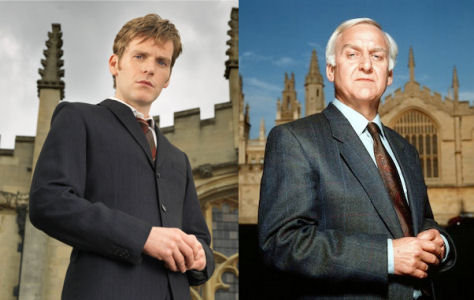 AS SEEN IN:
'Morse'
&
'Endeavour'
(respectively)

From Wikipedia:
'Inspector Morse' is a British detective drama television series based on a series of novels by Colin Dexter. It starred John Thaw as Chief Inspector Morse and Kevin Whately as Sergeant Lewis. The series comprises 33 two-hour episodes (100 minutes excluding commercials) — 20 more episodes than there are novels — produced between 1987 and 2000. Dexter made uncredited cameo appearances in all but three of the episodes.

Every episode involved a new murder investigation featuring several guest stars, and showed a complete story. Writer Anthony Minghella scripted three including the first, "The Dead of Jericho", which was filmed in the summer of 1986, and aired on January 6, 1987 featuring Gemma Jones, Patrick Troughton and James Laurenson. 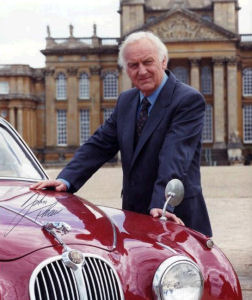 Morse's first name is not revealed except for the one occasion when he explains to a lady friend that his father was obsessed with Captain James Cook and for this reason his first name is Endeavour. On the other occasions, he usually answers "Morse. Everyone just calls me Morse" or dryly replies "Inspector", when asked what his first name is.

In the series it is noted that his reticence about his Christian name led to a public school (Stamford School, where Colin Dexter and his brother were both pupils) nickname of "Pagan". The origin of his name is the vessel HMS Endeavour, as Morse's mother was a Quaker (Quakers have a tradition of "virtue names") and his father was a fan of Captain James Cook. Morse's father was, by trade, a taxi driver and Morse likes to explain the origin of his additional private income by saying that he "used to drive the Aga Khan". The author of the Morse novels, Colin Dexter, is a fan of cryptic crosswords, and Morse is named after champion setter Jeremy Morse, one of Dexter's arch-rivals as a clue-writer in the crossword world.

With a Jaguar car (originally a Lancia in the novels), a thirst for English real ale and a penchant for music (especially opera and Wagner), poetry, art, classics, classic cars, and cryptic crossword puzzles, Morse presents a likeable persona, despite his sullen temperament.

Thaw had a special appreciation of the fact that Morse was different from classic characters such as James Bond and Sherlock Holmes. Morse was brilliant but he was not always right. He often arrested the wrong person or came to the wrong conclusion. As a result, unlike many classic sleuths, Morse does not always simply arrest his culprit; ironic circumstances have the case end and the crime brought to him. Also, Morse was a romantic—frequently mildly and gently flirting with or asking out colleagues, witnesses or suspects—occasionally bordering on the unprofessional, but had little success in love.

Morse is a character whose talents and intelligence are being wasted in positions that fail to match his abilities. Several references are made to the fact that Morse would have been promoted above and beyond Chief Inspector at Thames Valley CID, but his cynicism and lack of ambition, coupled also to veiled hints that he may have made enemies in high places, frustrate his progression despite his Oxford connections.

Morse's relationships with authority—the establishment, bastions of power, and the status quo—are markedly ambiguous, as sometimes are his relations with women. Morse is frequently portrayed in the act of patronising women characters, to the extent that some critics have argued that Morse is a misogynist.

Morse's appearance of being patronising might have been misleading; he habitually showed empathy towards women, once opining that the female sex is not naturally prone to crime, being caring and non-violent. He was also never shy of showing his liking for attractive women, and often had dates with those involved in cases.
Morse is extremely intelligent. He dislikes spelling and grammatical errors, demonstrated by the fact that, in every personal or private document he receives, he manages to point out at least one mistake.

He claims his approach to crime-solving is deductive, and one of his key tenets is that "there is a 50 per cent chance that the last person to see the victim alive was the murderer". In reality, it is the pathologists who deduce; Morse uses immense intuition and his fantastic memory to get to the killer.

Morse is a highly credible detective and plausible human being. His penchant for drinking, his life filled with difficult personal relationships, and his negligence toward his health, however, make him a more tragic character than previous classic sleuths.

Morse's eventual death in the final episode "The Remorseful Day" is caused by heart problems exacerbated by heavy drinking, differing from the literary character's diabetes-related demise. 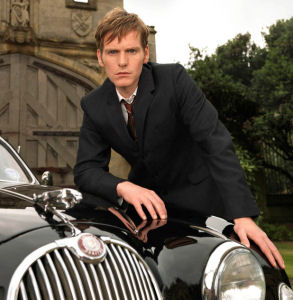 In May 2011 ITV announced that it was to make a prequel—a two-hour special "Endeavour", with author Colin Dexter's participation, portraying a young Morse. Set in 1965, Shaun Evans plays the young detective constable Morse who is preparing to hand in his resignation when he becomes embroiled in an investigation involving a missing school girl. It was broadcast on 2 January 2012.