THE ANNUAL TOOBWORLD SALUTE TO TV WESTERNS - AN INTRODUCTION 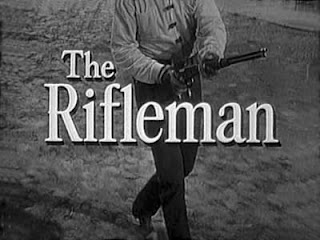 As we have done since 1999, Toobworld Central is celebrating that classic TV genre, the Western, during the month of August. At one time, there was at least one Western on the air each night of the week, usually more. Nowadays, that pre-eminence is held by the police procedurals, but the Western hasn't completely died out. Attempts have been made to bring the genre back over the last two decades - 'Trinity', 'Ponderosa', 'Peacemakers', 'Legend', and HBO's under-rated 'Deadwood'. Long-form mini-series and TV movies like 'Lonesome Dove' and "Broken Trail" have proven to be well-received by both the critics and audiences alike. And this Fall, AMC - which has been mostly successful with TV series (I'm not counting you, 'The Killing'!) - will be adding 'Hell On Wheels' to the mix.
The TV Western is so beloved that producers of modern TV series try to invoke a Western motif into their shows on occasion. Examples would include 'The Brady Bunch', 'Psych', 'The Prisoner', 'One Life To Live', 'Doctor Who', 'Star Trek', and 'Star Trek: The Next Generation'. 'McCloud' was about a cowboy cop in New York City, and 'Firefly' has been described as a Western in outer space.

In 1999, we launched this Western showcase with a specific theme - 'The Lone Ranger'. In later years we had other themes like 'The Wild Wild West' (mostly with a focus on my all-time favorite TV character, Dr. Miguelito Quixote Loveless), 'Alias Smith And Jones', and last year I got fourteen posts out of just two episodes of 'Maverick' to cover my vacation!

This year is no different. All month long, we'll be taking episodes of 'The Rifleman' and running posts on them - some long, most of them short takes. And there was so much to work with, we didn't even get to the end of the third season (out of five). Even with skipping a few that just didn't pique our interest, there was more than enough material to fill out the month.

Tuesdays will have two thematically connected posts as our "Two For Tuesday" feature. (That will take the pressure off the "As Seen On TV" gallery, which gets harder to do in August as we're running low on historical TV Western characters. Sundays will be the extra-long essays, including out theory that 'The Rifleman' can be connected to 'Doctor Who'... theoretically, that is.

And it would be remiss of me if I didn't point this out - these Inner Toob posts would not have been possible without the fantastic fansite dedicated to 'The Rifleman' - "The Rifleman Episode Guide List".

I've been watching the series in its Saturday morning marathons on AMC (speaking of which!), but this site has great synopses in the form of reminiscences by Lucas and Mark McCain - with links to pictures of the actors playing each character and a catalogue of the flubs from each episode. This salute would have been poorer without them.

So if you're a fan of 'The Rifleman' or TV Westerns in general, or of my theories of "relateeveety", "born to re-run" suggestions and other toobish ravings from Yours Truly, I hope you'll keep checking in all month long!