IN THE SPOTLIGHT: "SEAN'S SHOW" 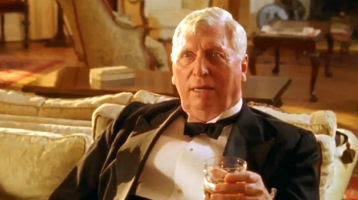 Sean is a friend of mine, the Little Buddy to my Skipper. He and his wife Gosia and their kids live in Taiwan where he teaches English. (I'm the god-father to their daughter Rhiannon.)
And every so often, Sean comes up with interesting Toobworld theories, including one which splains why the technology of 'Enterprise' was so far advanced of that seen in the original 'Star Trek' series. (And hopefully one day he'll write it up for me!)

Here's his theory about a Gallifreyan Time Lord in an alternate TV dimension......
My insomnia has been leading me to write odd Toobworld theories late at night. This one was for the ITV 'Marple' episode "Towards Zero"... It was nice to see [Tom] Baker in it... 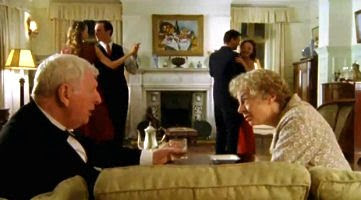 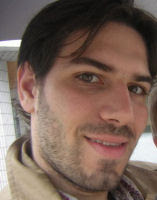 Warned of upcoming danger by the TARDIS' Cloister Bell, the Doctor decides to stay out of trouble, and instead spends time fixing his broken chameleon circuit by extracting the measurements of a true police box on Earth in order to give to the mathematicians of the planet Logopolis. He is unaware that the Master is aware of his plan, and materializes his own TARDIS in a recursive loop with the Doctor's. The Doctor and Adric work out the recursion, and attempt to flush the Master out by materializing the TARDIS in the River Thames, but instead land on a boat on the river with no sign of the Master's TARDIS.

Outside, the Doctor sees a glowing white figure, the Watcher, who directs him to hurry to Logopolis. The Doctor does not follow the Watcher’s advice, and instead uses the Chameleon Arch to transform himself into a human, hoping to avert the crisis which is to come. He takes the TARDIS for one more flight, into Earth’s recent past, alerts Adric to his plan and instructs him to pilot the TARDIS to humanity’s primeval era where the Master can do no damage. Adric does so*, thus saving much of the Galaxy, including the Traken Union, from the Master’s plan of Galactic conquest. 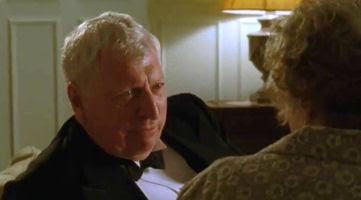 The Doctor, unaided by an assistant and forgotten, assimilates himself into Earth’s 1930’s and 40’s era as Mr. Frederick Treves. He lives this life until he is unfortunately murdered, years later, [by someone] who takes advantage of his weak and aged hearts. Though the Doctor dies unknown and unaided on his favorite planet, it may be some small comfort that his killer is found out by one Miss Jane Marple of Saint Mary Mead. 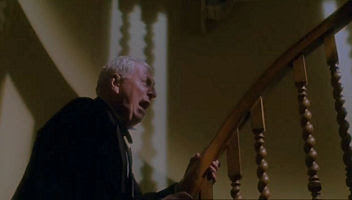 Sean
*Due to an error in Adric’s piloting, he rematerializes into a core system on a Cyberman-controlled freighter, causing it to crash into the Earth and causing the extinction of the dinosaurs.
THE TOOBWORLD TAKE:
Why I like this -

First off, it takes place in an alternate TV dimension, so that it has no bearing on the events of Earth Prime-Time. No Zonks!

We know it's an alternate TV dimension because Miss Jane Marple is played in this episode by Geraldine McEwan. The Miss Marple of Earth Prime-Time was played by Dame Joan Hickson.

I'm looking at a previously established alternate TV dimension for this story - from the two-part 'Doctor Who' episode "The Age Of Steel" and "The Rise Of The Cybermen" (or vice versa). There was a feeling about that world that the Doctor was unknown there, that its Earth never was visited by the Time Lord. Even after Rose had been there for awhile, she never mentioned the arrival of the Doctor to once again save Earth in the nick of Time. As she was working for UNIT over there, surely she would have come across mention of him.

But perhaps the Doctor used to visit in the past, and since his death back in the 1930's, (and because of it), the world deviated from a path similar to Earth Prime-Time.

Since we know that there are fixed points in Time, Adric was always pre-destined to die in a somewhat similar fashion to the way he perished in "Earthshock". And not even a Big Finish audio-play - "The Boy That Time Forgot" - can change that.

The presence of those Cybermen in Earth's primitive past isn't negated by the creation of John Lumic's Cybermen in the new future. Despite RTD's "best" efforts, Mondas would still exist in that dimension. 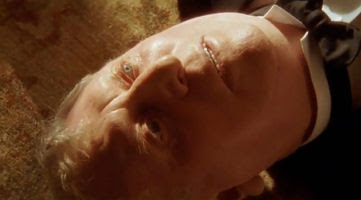 Do you have some off-beat Toobworld theory of your own? Send it along and I'll give it a showcase here!