"The Odd Couple" shared more than a handful of movies together......
GOVERNOR JOHN M. SLATON AS SEEN IN:
'Profiles In Courage'

AS PLAYED BY:
Walter Matthau 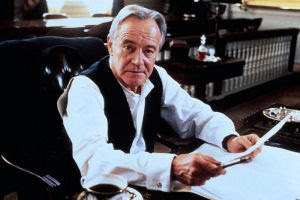 AS SEEN IN:
"The Murder Of Mary Phagan"

AS PLAYED BY:
Jack Lemmon

Slaton received a master of arts degree with highest honors from the University of Georgia in 1886 . Slaton married Sally Frances Grant in 1898.

In 1915, Slaton commuted the sentence for Leo Frank from death to life 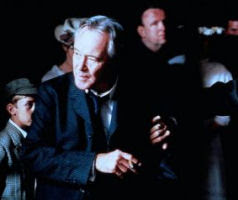 imprisonment. "I can endure misconstruction, abuse and condemnation," Slaton said, "but I cannot stand the constant companionship of an accusing conscience which would remind me that I, as governor of Georgia, failed to do what I thought to be right . . . It means that I must live in obscurity the rest of my days, but I would rather be plowing in a field than to feel that I had that blood on my hands."

The commutation of convicted murderer Leo Frank, because of the sensational nature of the trial, would result in the permanent end of Governor Slaton's career as a politician.

Some viewed the commutation by Slaton as a conflict of interest, as Slaton was a law partner of Frank's lead defense counsel. Slaton's actions led to threats of mob violence against the governor, and the Georgia National Guard and local police were enlisted for protection.

After his public service, Slaton served as the President of the Georgia State Bar Association (1928-29) and as a member of the General Council of the American Bar Association.

The former governor died on January 11, 1955 in Atlanta, and is interred inside Grant Mausoleum in Oakland Cemetery. The mausoleum interment was due to the Leo Frank controversy. [See comment below.]

The comment that Slaton was interred in the Grant Mausoleum because of the Frank Controversy is silly and uniformed. His wife died years before him and was already interred in her Grant mausoleum along with her family members. Her husband, the governor, is in there because she is. Do you really think a little unguarded mausoleum could keep the people who broke into jail and took Frank out and lynched him out if they had wanted to get him. I seriously doubt that was even a thought. The Grant Mausoleum was built large enough to accomodate their daughter and her husband long before Mary died. By the way, her 1st husband who committed suicide is not in there.