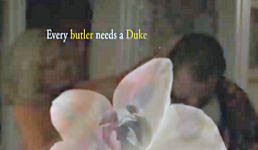 In 1987, Irish butler Bernard Lafferty arrived on the doorstep of tobacco heiress Doris Duke. Fresh out of rehab and without a penny to his name, he faced an uphill battle in convincing his notoriously demanding boss to keep him on staff. A mere six years later, he had not only managed to remain employed but had been granted control over Duke’s billion dollar fortune.

Tonight, HBO Films is presenting "Bernard And Doris", a fictionalized look at the life they led together for six years - ending in her death in 1993. The televersion of Doris Duke is being portrayed by Susan Sarandon and Ralph Fiennes embodies the televersion of Bernard. 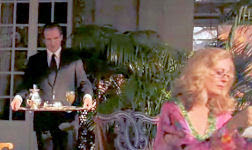 Highlighted by award-caliber performances by two of Hollywood's most acclaimed actors, this intimate HBO Films drama tells the hypothetical, behind-the-scenes story of tobacco heiress Doris Duke and her Irish butler Bernard Lafferty, showing how their relationship could have morphed from a strict employee-employer contract into something much deeper. As the film speculates, after arriving at the doorstep of Duke's mansion in 1987, Bernard slowly earned his way into the heiress' confidence, becoming her confidante and flamboyant companion at home and on trips, all while handling the affairs of her household. Their bond became so strong that it even survived Bernard's relapse into alcohol abuse, during which he was forced to take a sabbatical to go into rehab. By the time Duke died in 1993, Bernard was back at her side, remaining her most trusted advisor and dearest friend, despite skepticism about his financial motives from businessmen, lawyers and doctors in her inner circle.
A fictional drama that explores a relationship which took place primarily behind closed doors, Bernard and Doris offers an intriguing scenario that might explain how Doris Duke - the world-famous heiress and socialite who controlled a billion-dollar empire - might have decided to give posthumous control of her fortune to Bernard Lafferty, a homosexual and alcoholic who had been her personal butler for only six years. 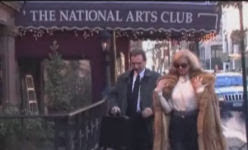 Money, class and sexuality are among the issues explored in the movie, but at its core, Bernard and Doris is the imagined story of an extraordinary and intimate relationship between two real-life individuals who don't appear to fit into each other's worlds. While Duke's decision to name Lafferty her estate executor may have been the subject of multiple lawsuits and headlines, Bernard and Doris reaches beyond this sensationalism to render a witty, endearing tale about the unconventional, private bond between a society "princess" and her flawed-but-devoted "pauper" of a butler.
So two more famous - or in this case, infamous - people from the Trueniverse are freely adapted for Toobworld. Not to the point where fictional characters from other TV shows meet them, but this opens the door.
Who knows? Maybe someday the Doctor intrudes upon a chapter in their lives. Perhaps it could be an episode of 'Doctor Who' in which we find that fleshy trampoline of a bitch Cassandra trying to lay her hands on Duke's fortune.....

Who wouldn't like to see Susan Sarandon and Zoe Wanamaker going "face to face", as it were? 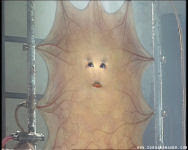 Labels: As Seen On TV, Sked Alert, Tele-Folks Directory, Twipped from the Headlines, Who's On TV, Wish-Craft