'THE ROCKFORD FILES'
"BACKLASH OF THE HUNTER"

Recastaways.  They are always such a pain in the butt for your hard-working televisiologist such as myself, the self-styled Monitaur of Toobworld.  I've got plenty of splainins to choose from, but sometimes none of them really work.

Submitted for your approval, one Joseph "Rocky" Rockford of Los Angeles, California.  A simple man, a trucker by profession now semi-retired.  He had one son, his boy Jimmy, who had been locked away for five years for a crime he didn't commit and who was now a private eye.  (Two hundred dollars a day plus expenses.) 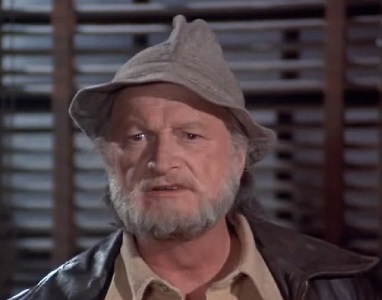 Doesn't look right, does it?

Rocky should look more like two of his great-grandfathers, Buffalo Baker, a frontier scout, and the man he was named after, Joey Rockford, a circus clown. 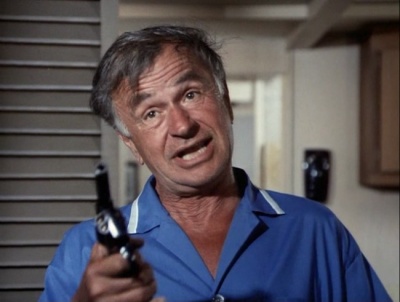 For the series, Rocky was played by Noah Beery, Jr.  But in the two-hour pilot, Robert Donley played the role.

The simpllest splainin of plastic surgery doesn't work - no matter how badly he may have needed it, as Stephen Carrington and George Shumway did, there was no way the Rockfords could have afforded it.  And the other splainins are too far out there to be realistic enough for this show.  (They include quantum leaping and alien impersonation - perhaps by Zygons.) 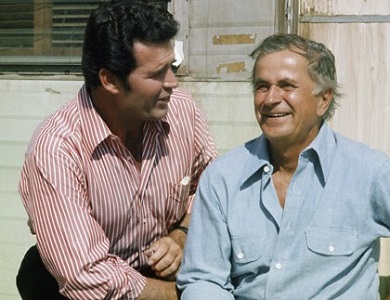 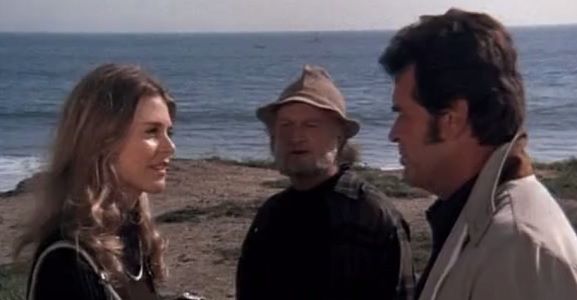 So there's only one path left open to us - as with many TV pilots before it, the "Backlash Of The Hunter" episode must be related to Prequel Toobworld.  It is because of a small quirk in the combinations of their DNA which caused the two iterations of Joseph Rockford to look different in the two TV dimensions.

But that wouldn't be the only difference between the two worlds as far as 'The Rockford Files' goes.  We did get to see Sarah Butler again during another investigation by Jim Rockford. ("Aura Lee, Farewell")  But that time, there was a man who looked just like her brother Nick, who had been working in a pharmacy and struggling to pay for medical school.  (The investigation into their father's death had screwed his chances to have his medical school bills paid for.) 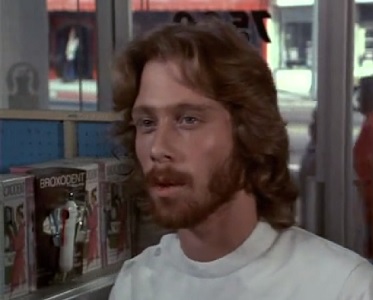 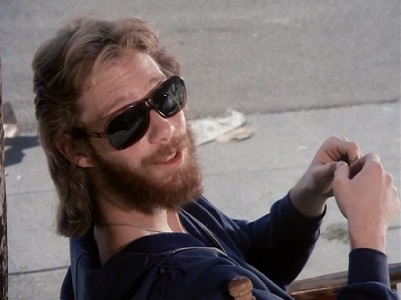 Only now, this other man was a street artist named Trask who was of no relation to Sarah.

Here's my splainin for that: in both worlds, this young man had been adopted.  In Prequel Toobworld, he had been adopted by Harry Butler and his wife to be raised as the brother to their daughter Sarah.  (If the Butlers did adopt a baby boy in the main Toobworld, then they chose a different baby.  This same splainin was used as the reasoning for two different bank robbers named Hannibal Heyes in different TV dimensions.  Prequel Toobworld was not involved in that case; it was the main Toobworld {Pete Duel} and the Land o' Remakes {Roger Davis}.)

At any rate, we definitely have Jim Rockford looking like a movie star named James Garner in both of those TV dimensions.

Labels: Alternateevee, By Any Other Name, Double Vision, Game of the Name, La Triviata, Life During Prime-Time, Missing Links, O'Bservations, Recastaways, Splainin To Do, Telefolks Directory, Theories of Relateeveety