ACROSS THE VIEWNIVERSE: MIKE ROGO OF "THE POSEIDON ADVENTURE" 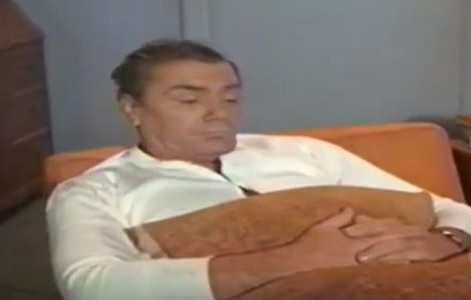 Looking over the career of the late Don Rickles in Toobworld got me thinking about this possibility.....

There are plenty of TV characters who not only had their origins in the Cineverse (and sometimes even beyond there into BookWorld), but also were portrayed by the actors who played them in the movies: Radar O'Reilly, Doc Brown, the King of Siam, Detective Madigan, Ash Williams, Norman Bates, John Shaft, and Hercule Poirot (Ustinov incarnation).

So when there's a character who is not named, and there is little to no information about that character, I see no deterrent to linking that character to somebody else from the movies who was played by the same actor.

And in looking over the career of Don Rickles in Toobworld, I think I found an instance in which one of his characters met the televersion of a character from a movie.

While on a case, Maxwell Smart and his old Army buddy Sid Krimm burst into an apartment where they thought a crime was being committed.  But it turned out that a married couple was watching television.  The wife never woke up during the brief encounter, but the husband, although hardly disturbed by the incident, knew that they had to move out of that neighborhood.

Maybe it's because he was wearing a long-sleeved t-shirt, but I'm thinking Borgnine was playing the televersion of Detectiive Mike Rogo from the movie "The Poseidon Adventure".

There are, of course, a few niggles.  I could be wrong about this, but I always had the impression that in the movie (and in the original novel by Paul Gallico) Rogo was from New York City and yet this TV viewer was in the environs of our nation's capital.  I don't see any difficulty in this - nothing says that he had to be living there in Toobworld as well.

The bigger problem lies with the wife.  (It usually does, am I right, fellas?  Ba dum dum.)  There's no way to confuse Rose Michtom for the luminous Stella Stevens in the movie.  (For one thing, Rose was born in 1897!) 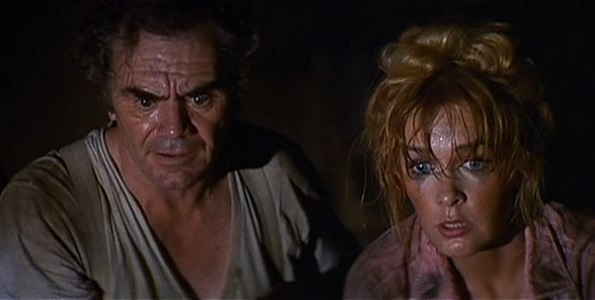 There are two paths to take here.

One: The TV Viewer's wife may have been the first wife of TV's Rogo.  I think it could be that she died, rather than Mike divorcing her.  After that, the prostitute whom Rogo had always been arresting, Linda, married him.  And from that point on, their life pretty much played out as it was seen in the movie.  (Spoilers, Sweetie....)

However, "The Poseidon Adventure" is well-documented in Toobworld as a movie.

These are just some of the references to the disaster movie in Earth Prime-Time: 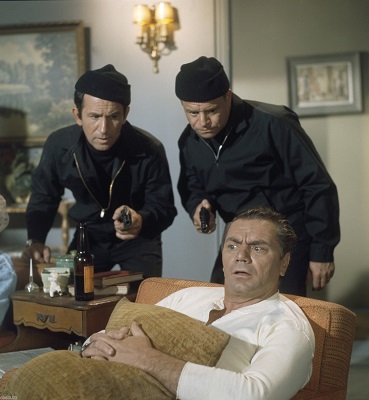 The League of Gentlemen's Apocalypse (2005)

If the disaster actually happened in the main Toobworld, we have not seen visual proof of it. (The 2006 TV movie with Kurt Russell, because it took place in recent years, must be relegated to another TV dimension such as Toobworld-MOTW.)  So if this was Mike Rogo in that 'Get Smart' episode, it could be his life story was highly fictionalized by the events of the Poseidon capsizing.  Really - wouldn't you rather see a movie where his wife was portrayed as a sexy ex-prostitute rather than as an old woman who might have married Mike when he was much younger and dazzled by the older woman?